© Licensed to London News Pictures. 02/04/2016. London, UK. British actor Miriam Margoyles, who starred as Professor Pomona Sprout in the Harry Potter films, joins protesters in front of the US Embassy in London to call for the release of Steven Avery and Brendan Dassey, both jailed in connection with the 2005 murder of Teresa Halbach in Wisconsin, USA. The case was brought to prominence by the hit Netflix series ‘Making a Murderer’, which suggests the possibility of foul play in the arrest and convictions of the two men. Photo credit : Rob Pinney/LNP 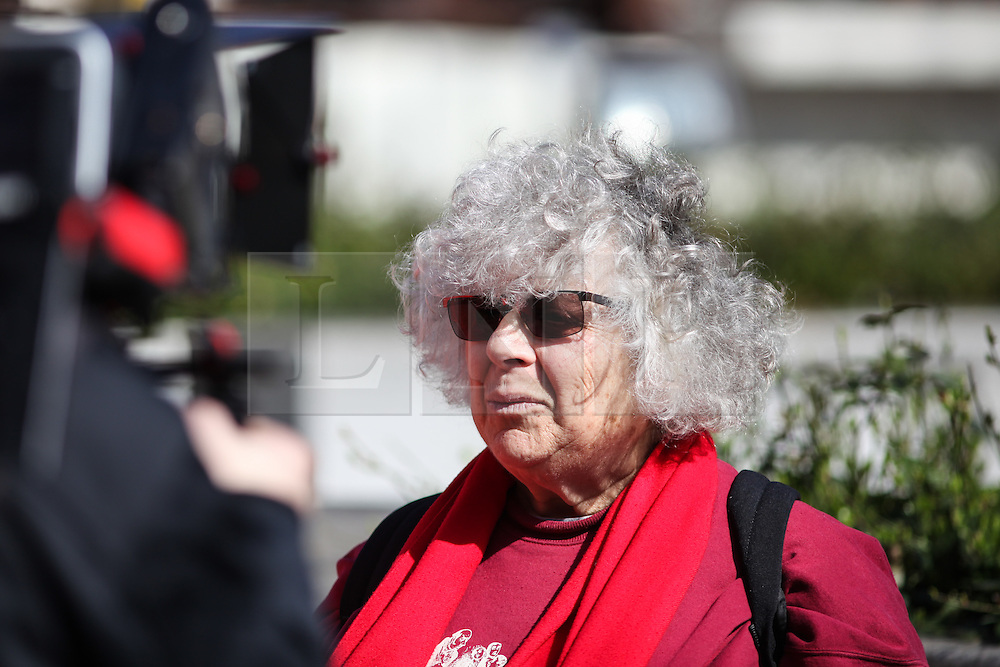