***COPY FOUND HERE: https://www.dropbox.com/s/bj4js2ci6ctmtyw/Soldiers.txt *** © Licensed to London News Pictures. 05/02/2014 London, UK. Army driver Fred Harris, 91 (right) meets General Sir Hugh Beach GBE, KCB, MC (left) at The Military Services Club, Marble Arch. Driver Harris saved the then Lieutenant's life on a reconnaissance mission in 1944 after he was shot in northern France. Beach would go on to become a General in the Army, one of the highest ranks, knighted twice by the Queen and receive the Military Cross at aged 21. Harris never received any medals for his actions. The two men met again for the first time in 70 years. Harris said, "It was only last year that I found out who he was., “It was fantastic to see him again - I think he owes me a beer!”
Photo credit : Simon Jacobs/LNP 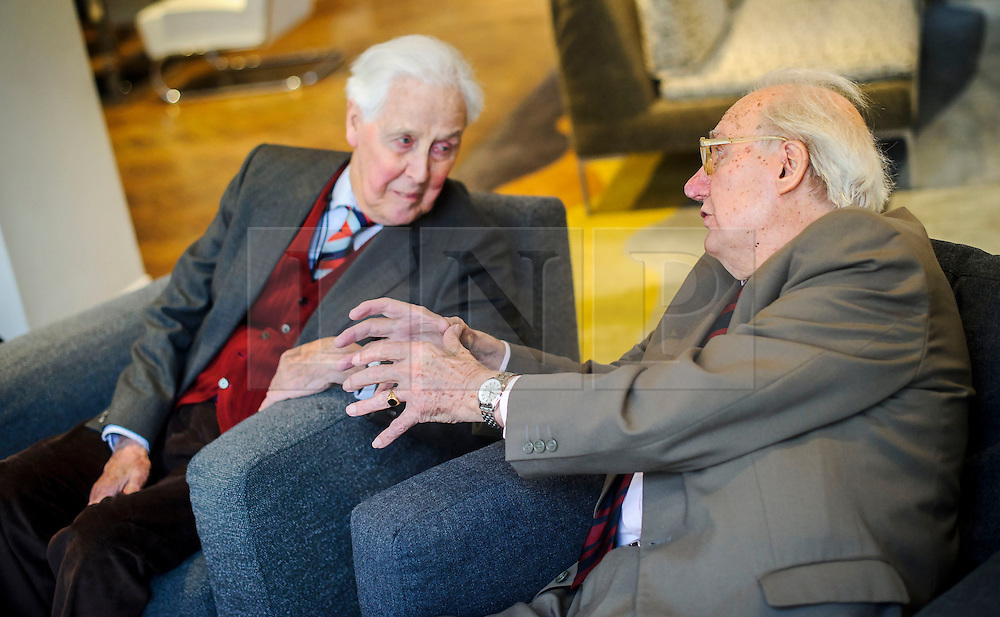