© Licensed to London News Pictures. 15/02/2014. The cruise ship Marco Polo has returned to her home port a day after a passenger was killed by the extreme weather. She was in the English channel at the end of a 42 day cruise when a freak wave crashed against the ship, smashing windows in one of the onboard restaurants. As well as the death, another passenger was airlifted away for treatment and others were treated on board. She returned back to Tilbury ahead of schedule, reaching the port in Essex shortly before 10pm. Credit : Rob Powell/LNP 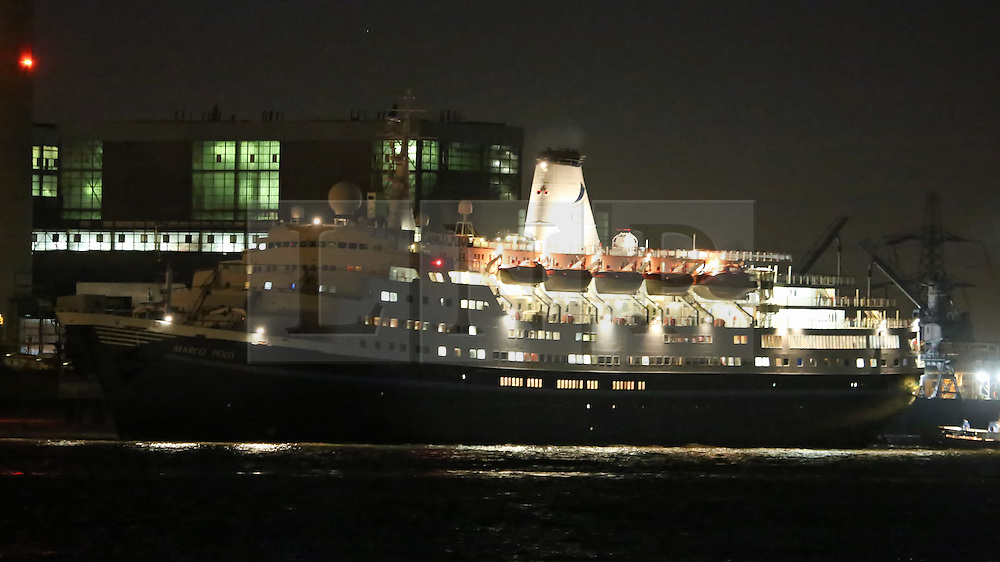