Take Back Our Buses protest

© Licensed to London News Pictures. 18/01/2020. Bristol, UK. Protest through Broadmead shopping centre for the public launch of the Take Back Our Buses campaign. The event was organised by the ACORN Union and featured Bristol's biggest ever bus queue and their own human-powered bus. ACORN is campaigning for Bristol buses to be taken into public control by calling on the Mayor of West of England to a consultation for a franchising model. ACORN say this would allow Bristol to regain control on extortionate ticket prices, chronically late services and shrinking bus routes across the city and that if the public control the buses, they could work for the public, not First Bus shareholders. They say outside London, passenger numbers have fallen by half, whilst average prices have risen 35% above inflation since the 1980s, but bus companies' shareholders have made £billions from fares and subsidies. The campaign is calling on Tim Bowles and Marvin Rees (West of England & Bristol Mayors) and Bristol, Bath & North East Somerset and South Gloucestershire Councils to support a worker-led buyout of First Bus, with the Councils each taking a stake to bring buses back into partial public ownership; launch an investigation and consultation as a first step to introducing a franchising so we can control the routes, fares and timetables of our bus services; manage contracts carefully under any franchising arrangement to guarantee workers' conditions and good levels of service for the most deprived areas in the region. ACORN (The Association of Community Organisations for Reform Now) is a union organising working class communities across the UK, and has branches across the country, including Bristol, Sheffield, Newcastle, Manchester and Brighton. Photo credit: Simon Chapman/LNP. 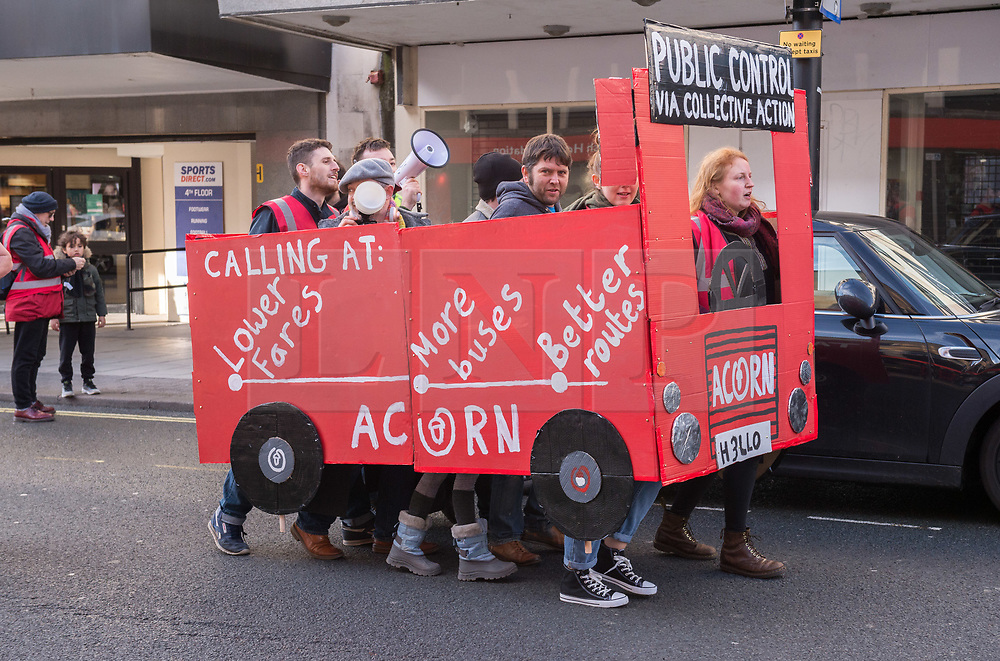