© Licensed to London News Pictures. 16/05/2016. London, UK. A specialist team of abseilers hang down the façade of the Royal Academy of Arts' Burlington Gardens building in Mayfair, adding the final touches to a monumental public artwork called "RA Family Album, 2016" by internationally renowned artist Yinka Shonibare RA. The artwork covers the scaffolding on the façade as part of the RA’s transformative redevelopment which will be completed in time for its 250th anniversary in 2018. Photo credit : Stephen Chung/LNP 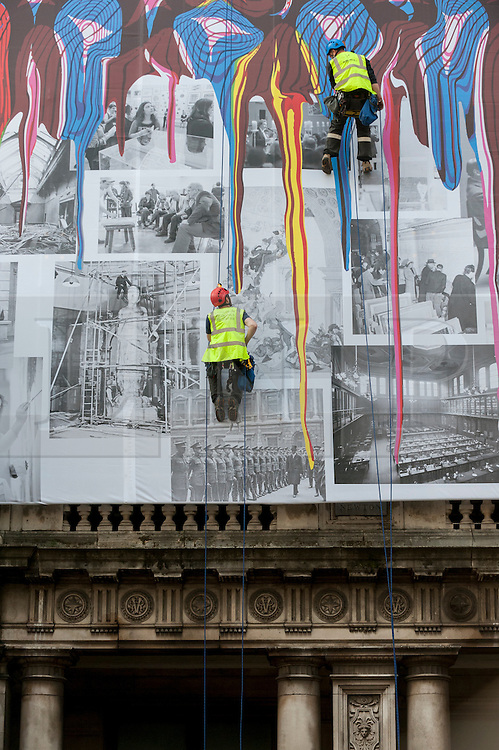