© Licensed to London News Pictures . FILE PICTURE DATED 09/08/2011 . Manchester , UK . DOMENYK NOONAN (pictured lying face down, first on the left, being detained by police during riots in Manchester City Centre on 9th August 2011) has been arrested on suspicion of imprisoning and raping a 15 year old boy . Police were called to a flat in Manchester City Centre on the afternoon of Wednesday (24th October). The organised crime boss and star of documentary "At Home With the Noonans" is one of three people under arrest for false imprisonment and rape . Noonan, who also goes under the name Lattlay-Fottfoy, is a cousin of Mark Duggan , whose shooting sparked off riots in London in the summer of 2011 . Photo credit : Joel Goodman/LNP 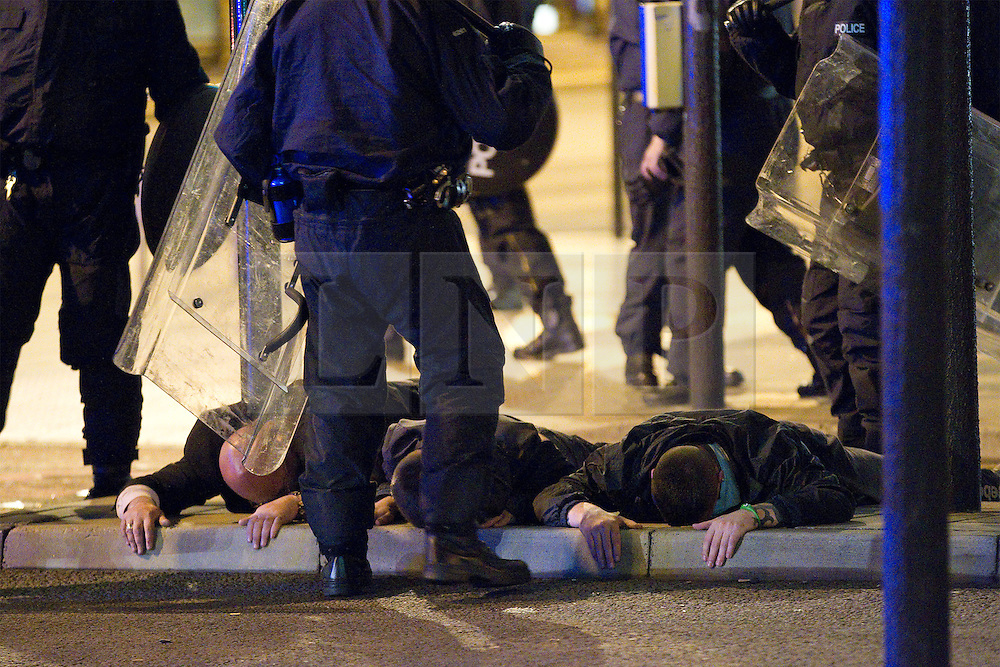