© London News Pictures. 11/01/11. Dublin's first citizen, The Lord Mayor, traditionally receives the first registered car of the year as his official car but not this year. His registration should have been 11-D-01 [2011 Dublin 01], but someone else, as yet unknown got in first. Speculation is that it went to the highest bidder. Registration numbers from 01 - 1000 go for high prices and cost EUR 1000 to register. The Lord Mayor's press office confirmed this was the first time such a thing has happened and that this year his registration would be 11-D-11. The car a Mercedes E-Class is sponsored by MSL Motors in Dublin's Ballsbridge to the Lord Mayor for the year costing Irish TAX payers nothing. Picture caption should read SimonLamrock/LNP 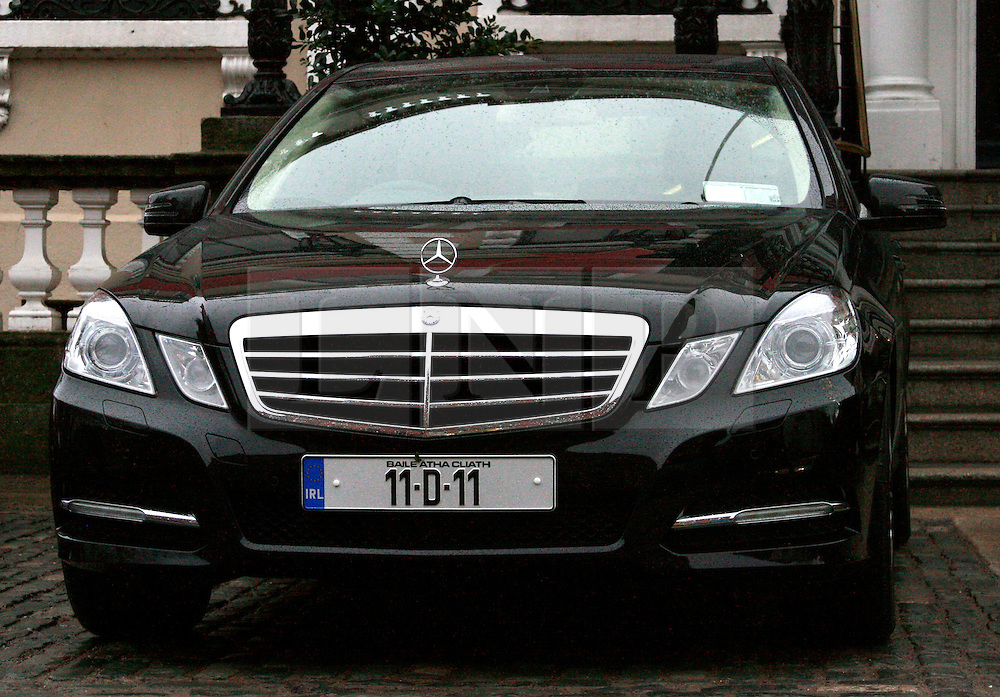