© Licensed to London News Pictures. 01/09/2019. Manchester, UK. Firefighters are called after police , concerned for safety, refuse to allow the use of shorter ladders , used by the activists to access the rooftop . Several dozen police intervene after Extinction Rebellion supporters climb on to the roof and drop a banner from cafes in Piccadilly Gardens as roads around Deansgate remain closed to traffic by environmental campaigners . One of the protesters, dressed as Spiderman , is understood to be Kevin Charles Godin-Prior . Manchester City Council has declared a climate emergency but activists say the council's development plans do not reflect this . Photo credit: Joel Goodman/LNP 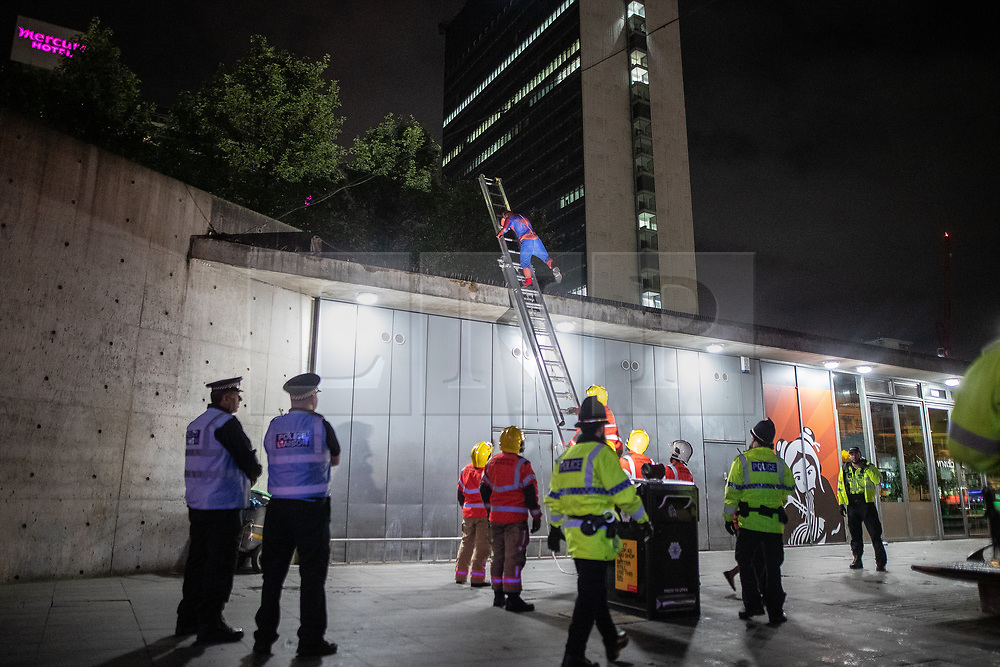