Babis Anagnostopoulos arrives at a court escorted by police in Athens.

© Licensed to London News Pictures. 22/06/2021. Athens, Greece. A protester holds a banner that reads ‘’No more femicide as she takes part in a protest outside the court in Athens.. The 33-year-old helicopter pilot and flight instructor Babis Anagnostopoulos has been detained as a suspect in the murder of his British wife Caroline Crouch, 20, outside Athens last month after publicly claiming she'd been killed during a brutal invasion of the couple's home, police said. Photo credit: Ioannis Alexopoulos/LNP 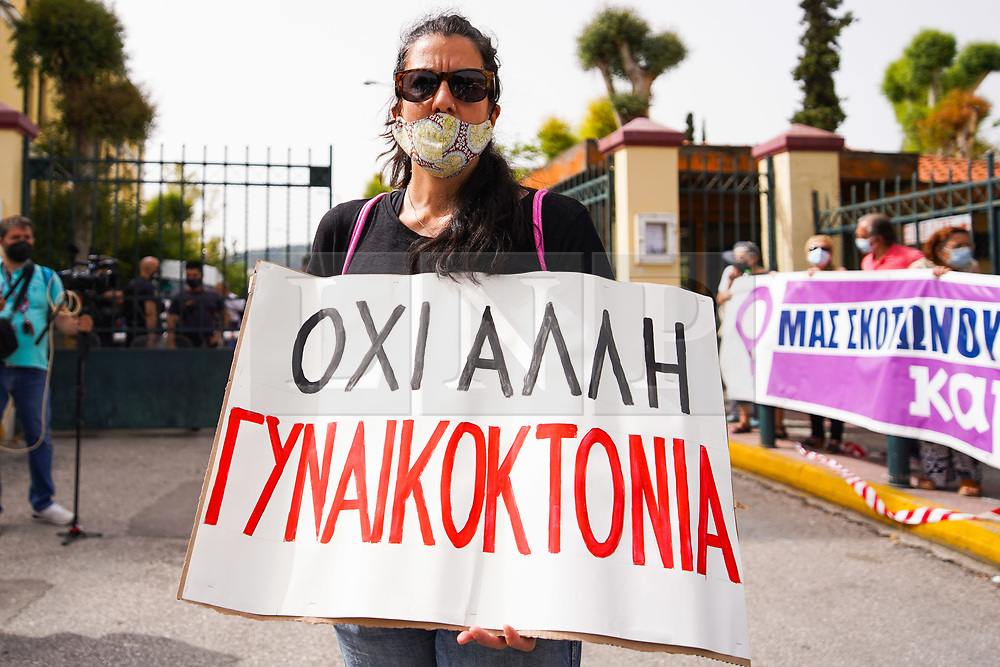