© London News Pictures. Calais, France. 04/03/16. Actress Juliet Stevenson (left), Producer Tracey Seaward (right) look at the asylum papers of an unaccompanied Syrian boy who lives in the Calais 'Jungle' camp and has family in Britain. They are the first celebrities to join the Citizens UK and Help Refugees ‘buddy scheme’ which aims to put pressure on the British government to allow unaccompanied minors in the Calais ‘Jungle’ to be reunited with their families in the United Kingdom. Photo credit: Rob Pinney/LNP 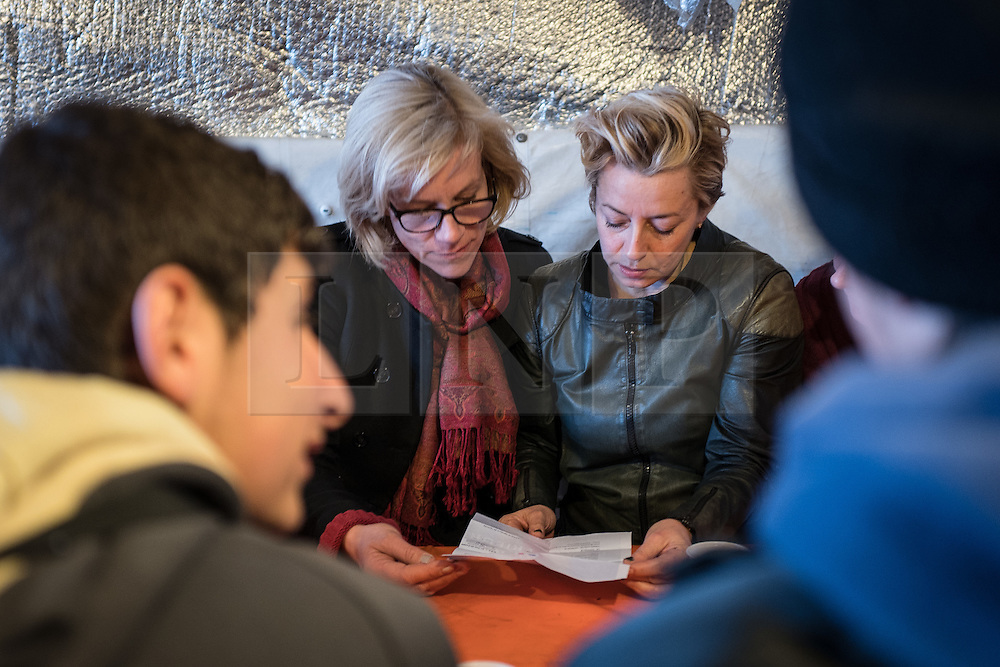