© Licensed to London News Pictures. 18/06/2016. London, UK. The roundels at Southwark tube station have received a special makeover to coincide with the opening of the new Tate Modern this weekend. The new roundels, which will be displayed until Sunday, have been specially commissioned by the Tate Modern and designed by artist Sir Michael Craig-Martin. This is the first time that the traditional colours have been changed since the sign was introduced in 1908. Photo credit : Stephen Chung/LNP 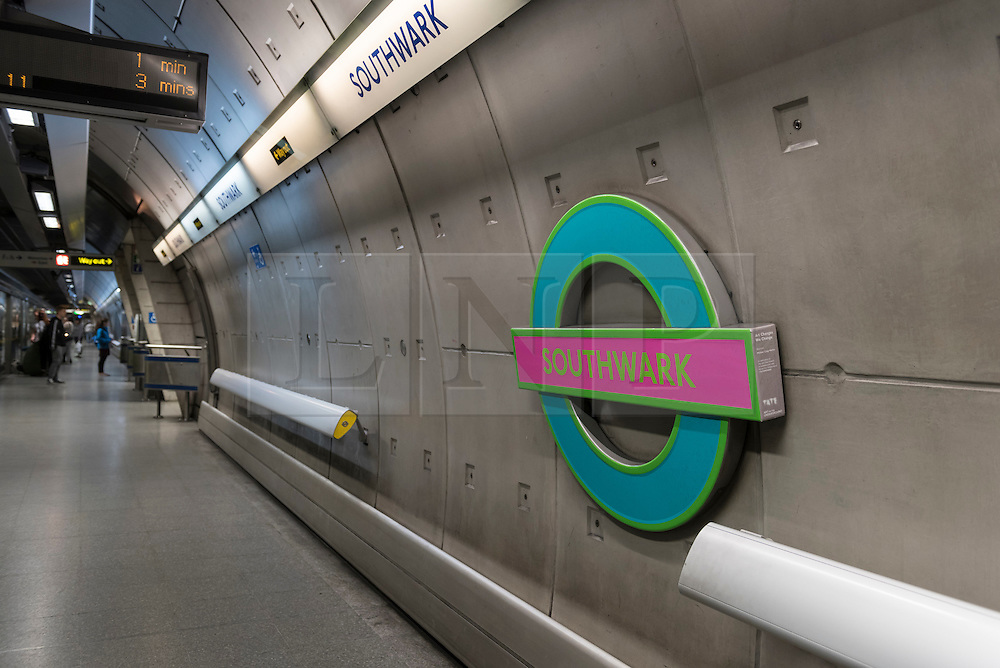