Licensed to London News Pictures. 02/11/2016. Qayyarah, Iraq. Children run amongst vandalised gravestones, smashed by Islamic State militants, in the Qayyarah Cemetery in the town of Qayyarah, Iraq. The headstones were vandalised by the extremists, who believe that a grave should be flat to the earth and without markings, during the towns two year ISIS occupation. 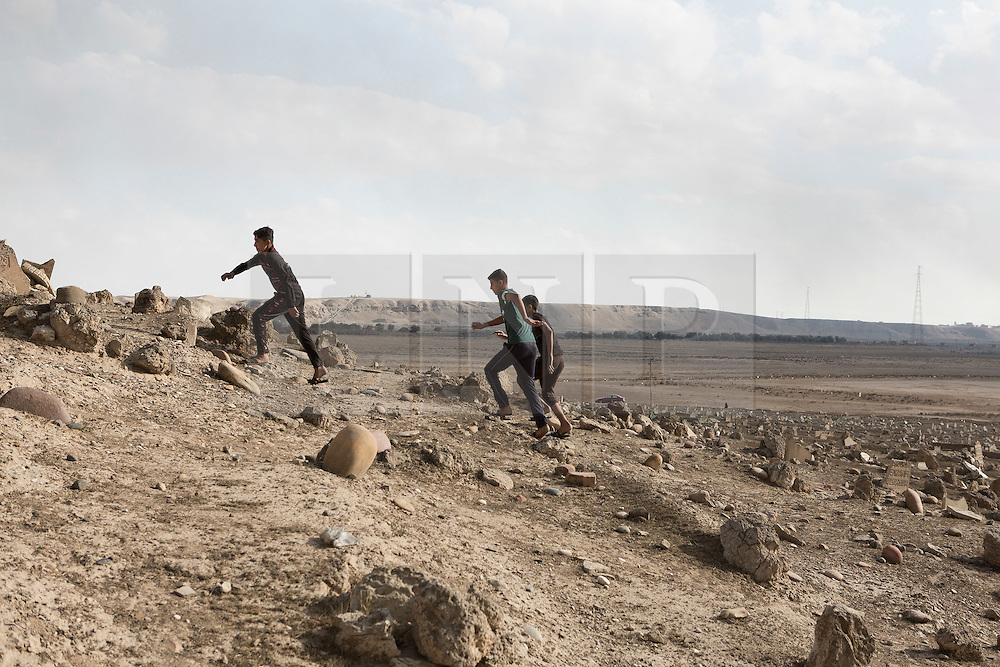