© Licensed to London News Pictures. 27/11/2016. Leeds UK. Picture shows Ian Teasdale testing the vinyl mechanism for the Rocket jukebox, the only vinyl playing jukebox being produced in the world. A resurgence in the popularity of Vinyl has prompted Leeds based Jukebox manufacturer Sound Leisure to build a new Vinyl playing Jukebox called the Rocket making them the only company in the world building a jukebox that play's vinyl record's. The first of the new Jukeboxes have started to roll of the production line in Yorkshire at a cost of £8,000 & can play 140 songs. The Rocket hold's 70 7" record's on a rotating mechanism, has a D4 amplifier with a 60W output & a remote control. Demand for the Rocket is high with order's from across the globe. Photo credit: Andrew McCaren/LNP 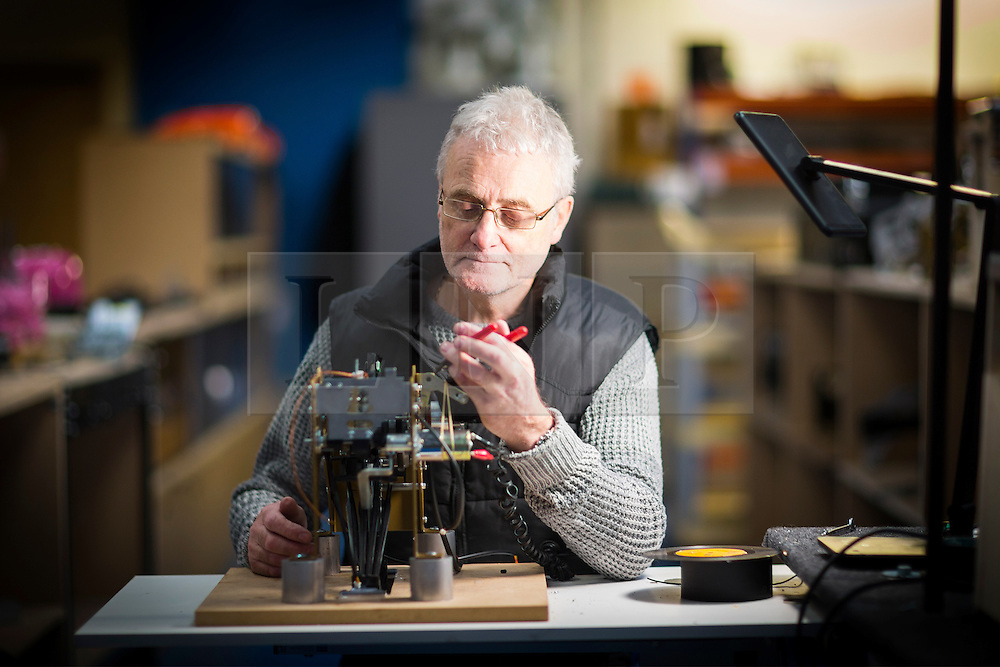