Licensed to London News Pictures. 23/10/2016. An Iraqi soldier belonging to the Counter-Terrorism group, dons his bullet proof vest as he and colleagues prepare for a trip into the nearby town of Bartella. 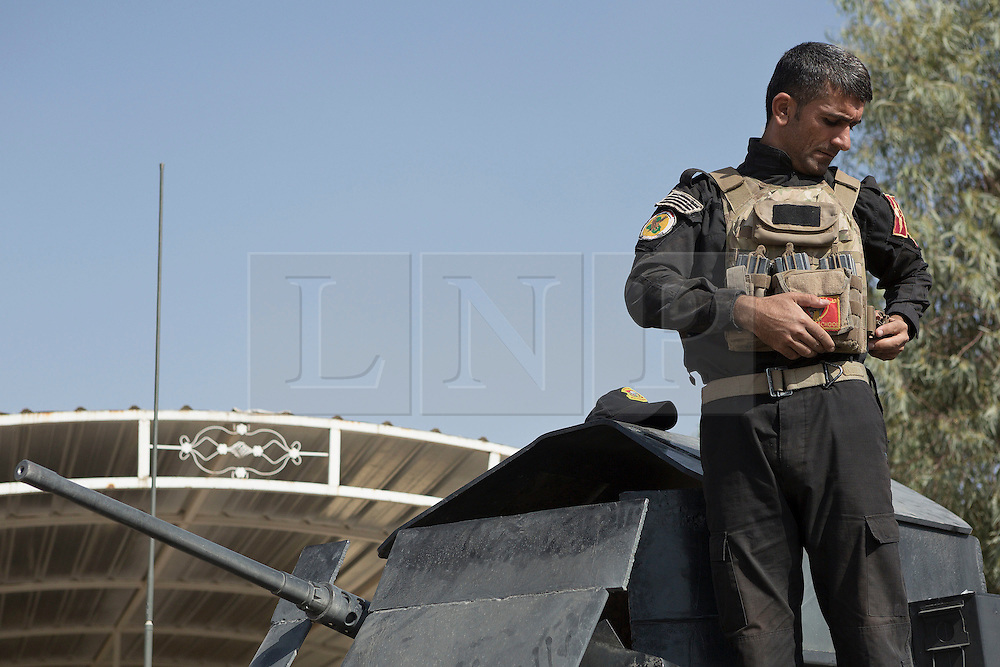