© Licensed to London News Pictures. 10/11/2016. London, UK. Deborah Gold, Chief Executive of National AIDS Trust makes a statement outside the High Court, as NHS England lose their appeal against a High Court Judge, who ruled that the body has the power to commission pre-exposure prophylaxis (PrEP), a drug described as a "game changer" in the fight against HIV/AIDs. NHS England argued that providing the drug was not its responsibility, and it was for local councils to fund "preventative" health treatment. Photo credit : Tom Nicholson/LNP 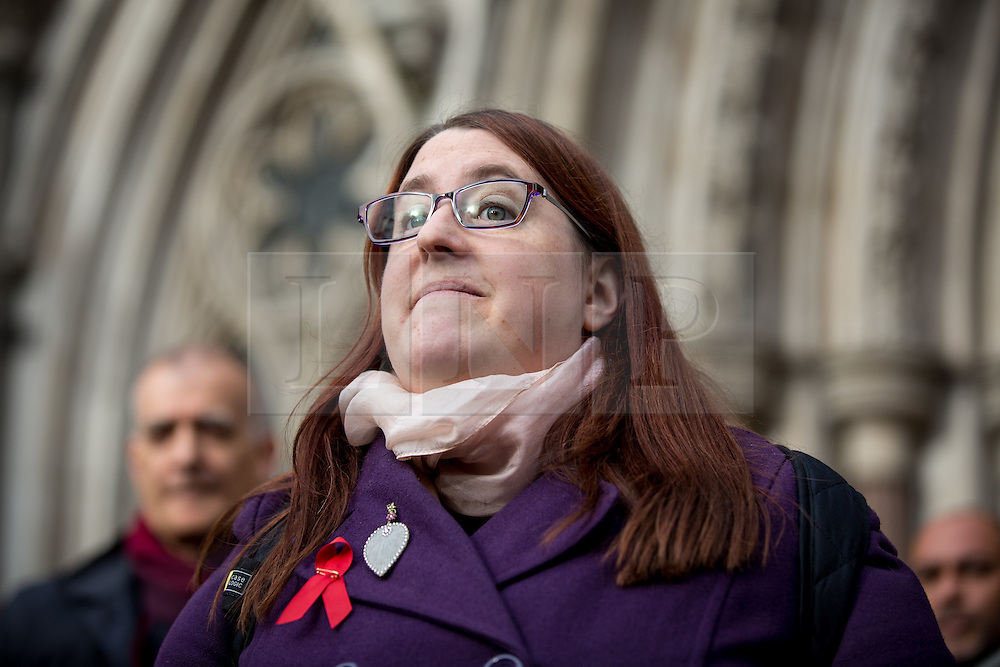