© Licensed to London News Pictures. 13/10/2018. Winchcombe, Gloucestershire, UK. Sudeley Castle. Historical novelist Dr PHILIPPA GREGORY examines a piece of masonry with archaeologist Harriet Tatton. The team of archaeologists from DigVentures hope to unearth a long-lost Tudor garden at Sudeley Castle this weekend. Philippa, who’s well-known works include The Other Boleyn Girl and The White Queen, started her research into Sudeley Castle whilst working on a novel about Katherine Parr. For nearly 1,000 years, Sudeley Castle has hosted some of England’s most famous monarchs including Henry VIII. It is also where Katherine Parr, Henry’s last wife, later lived and was finally laid to rest. A recent geophysical survey at Sudeley revealed the ghostly outline of a long-lost Tudor garden, with traces of what could have been a banqueting house in the same area where pieces of Tudor masonry were found in the 19th century. Now experts say it is time to investigate further. The dig will take place at this Saturday and Sunday, October 13 and 14, and is thought to be the most significant archaeological investigation since the discovery of Roman villas on the estate in Victorian times. A specialist team from social archaeology company, DigVentures, will begin an investigation of the site, which aims to ‘ground-truth’ the geophysics results. They hope to reveal some of the Tudor secrets that remain hidden underground at the castle. Following the popular landscaping movement inspired by Capability Brown, many Tudor gardens were lost, and this is perhaps just one of only two in England where the original paths remain visible. Photo credit: Simon Chapman/LNP 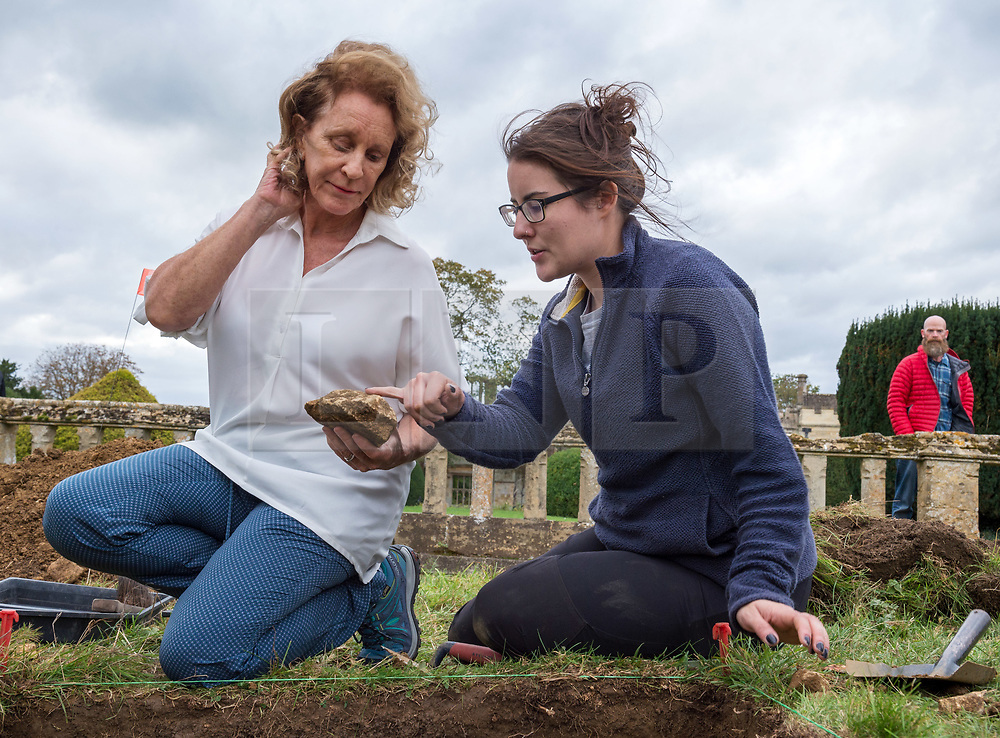