© Licensed to London News Pictures. 10/09/2017; Bristol, UK. A police officer holds the arm of a man at a Counter demonstrators' protest against a group called British and Immigrants United Against Terrorism who joined forces with another group called Gays Against Sharia to stage a demonstration in Bristol city centre numbering about 50 people. The counter-protest was called ‘Stand Up To Racism and Bigotry’. A statement issued to oppose the march says that the demonstrators "claim falsely that they are representing the views of the LGBT+ community in Bristol,” adding: "In fact, none of the organisers are LGBT+ and all the proposed speakers come from outside Bristol." A heavy police presence Police with riot vans dogs and horses were in attendance. Police banned face coverings, masks, banners and flags ‘that might incite hatred’ ahead of today's protests. Picture credit : Simon Chapman/LNP 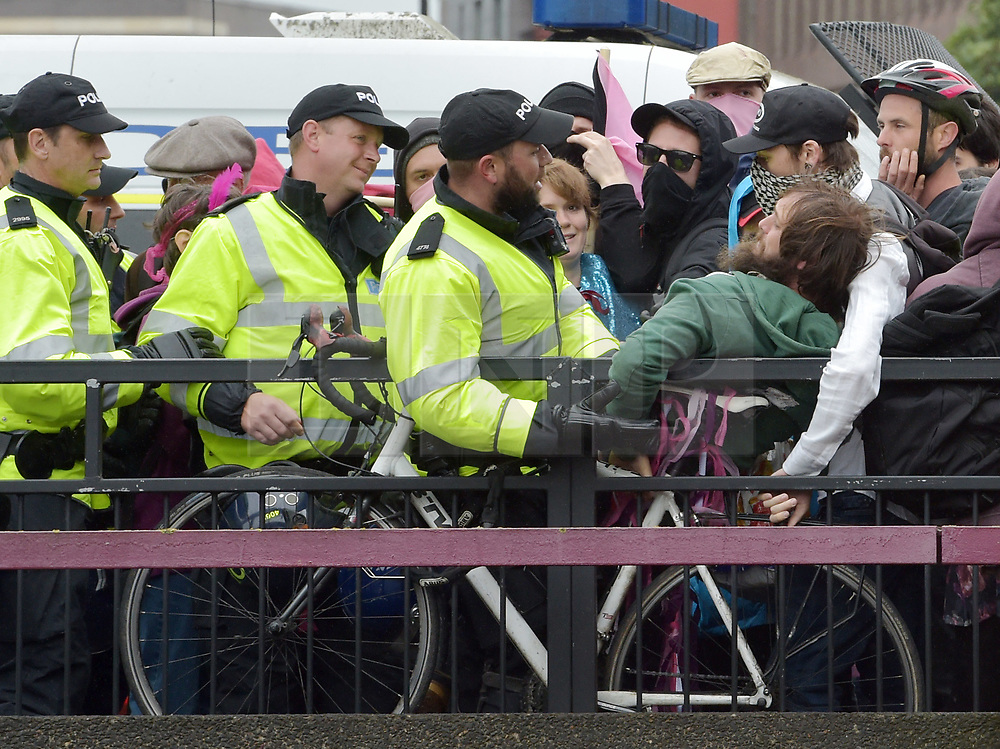