© Licensed to London News Pictures. 13/08/2012..Castleton, North Yorkshire, England..Over the last few evenings the Perseid Meteor Shower has been visible...Every meteor seen was once in the tail of the Comet Swift-Tuttle, a 27-kilometre-wide iceberg in space. ..It spends most of its time in the outer solar system, reaching beyond the orbit of Pluto. Then, every 133 years, it dives past the sun, replenishing the supply of Perseids...Swift-Tuttle, like all the comets, is in a constant state of disintegration. Comets hail from the outer solar system where icy compounds are easily maintained because it is so cold. As a comet approaches the sun the heat melts the ice and solid grains of dust are released into space. ..This creates the ephemeral tails that are seen stretching across the night sky. Earth will plough through the debris stream left by a giant comet that has been circling the sun since the birth of the solar system. ..Every single one of those meteors was born as the Earth was forming, about 4.5 billion years ago..Photo credit : Ian Forsyth/LNP 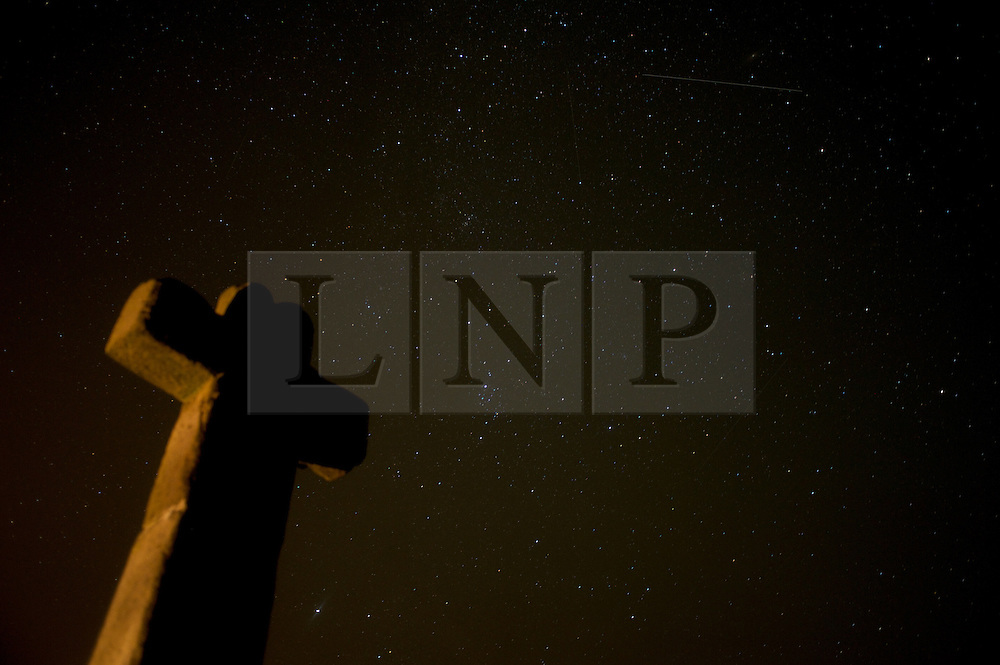