© Licensed to London News Pictures. 25/05/2016. Chapeltown, UK. Nigel Farage ducks to avoid overhanging trees as he rides atop the UKIP Referendum open top bus in Chapeltown, South Yorkshire. The party's purple open top battle bus is touring the country in the run up to the EU referendum. There is just a month to go until the UK's referendum on it's membership of the European Union. Poll stations will open their doors on Thursday 23 June. Photo credit : Ian Hinchliffe/LNP 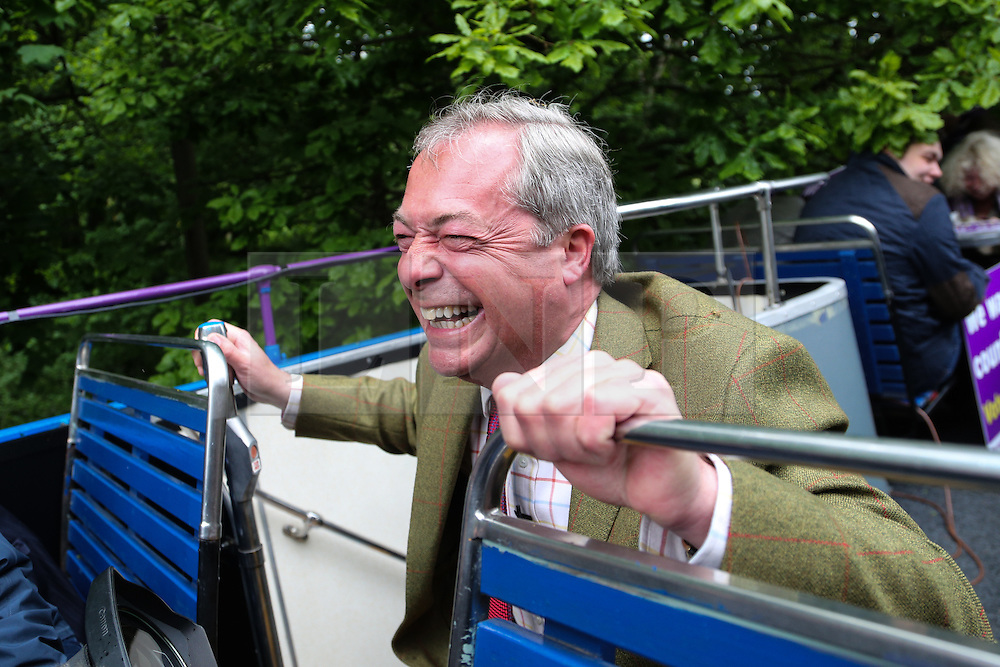