© Licensed to London News Pictures . 21/08/2012 . London , UK . A candle lit memorial to Sean Rigg placed around a tree outside Brixton Police Station . Protesters march from Lambeth Town Hall to Brixton police station to demonstrate against deaths in police custody . Relatives of Sean Rigg , who died in police custody in August 2008 , lead the march . Video has emerged of a man being detained in Brixton on Sunday ( 19th August ) during which it is alleged police officers stamped on his head . Protesters delivered a formal complaint about the incident to the counter of Brixton Police Station , following the march . Photo credit : Joel Goodman/LNP 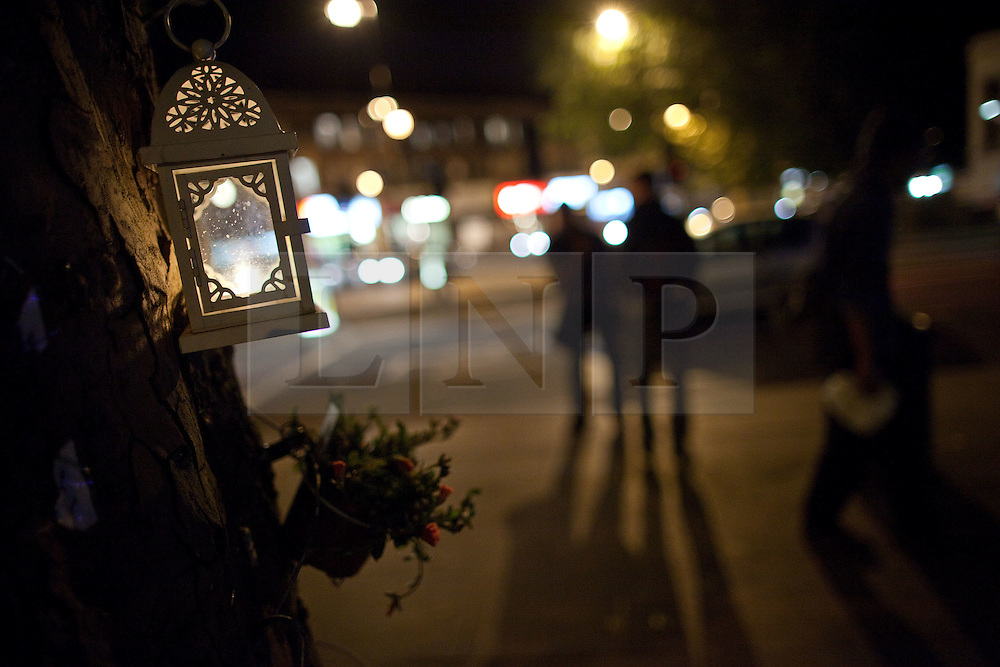