© Licensed to London News Pictures. 28/09/2014. Al-Yarubiyah, Syria. Pock marked by bullets, a sign thanking people for visiting Syria's Hasakah Governate is seen on the outskirts of the Syrian border town of Al-Yarubiyah. 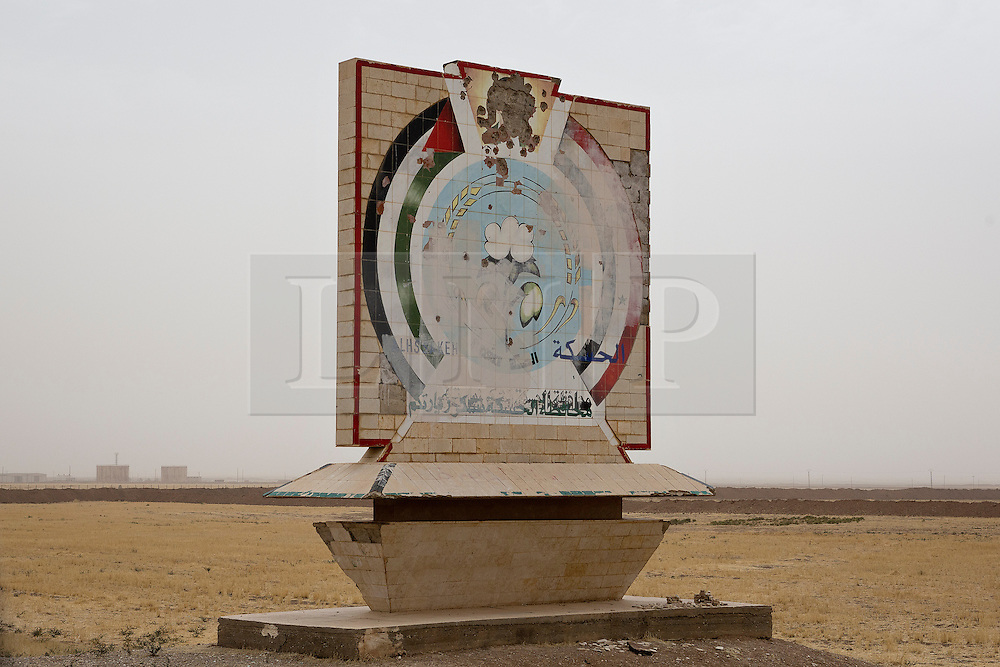