© under license to London News Pictures. 02/01/14. An average 2.8% increase in rail fares comes into effect on Thursday 2nd Jan 2014, pushing the cost of some commuter travel to more than £5,000 a year. FILE PICTURE DATED: 28/11/2012. A passenger holding her train tickets after buying them from a ticket machine at Victoria Train Station. Rail fares set to increase by an average of 4.2% in January, a watchdog has revealed. Photo credit: Tolga Akmen/LNP 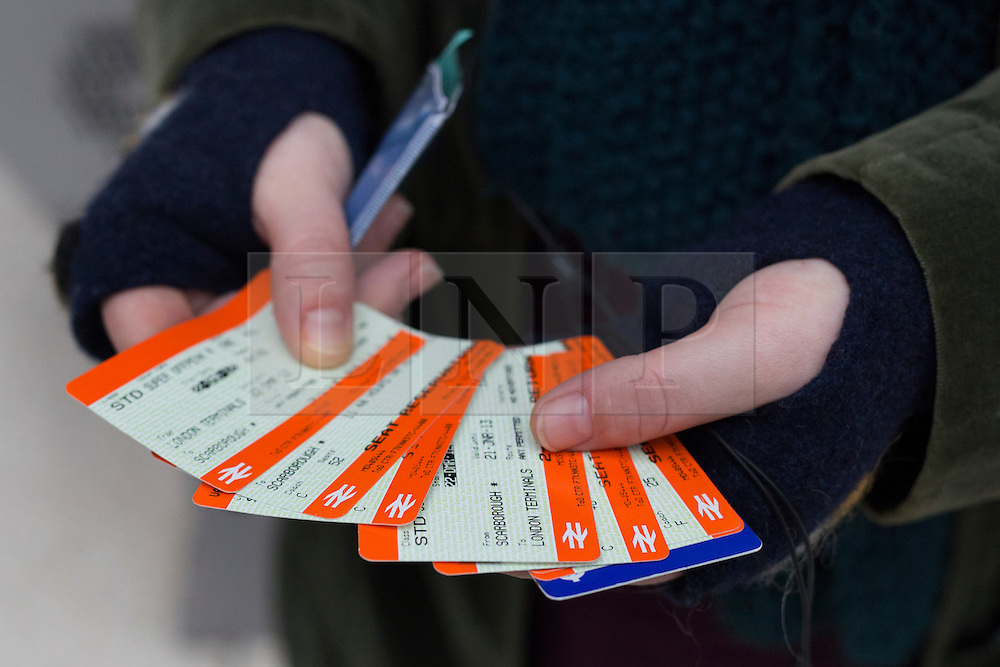