The Battle of Britain Day Flypast

© London News Pictures. The 15th September 2015 marked the 75th anniversary of Victory for the Royal Air Force in the Battle of Britain. An estimated 40 Spitfires, Hurricanes and a Blenheim from across the UK, USA and Europe came together at the Goodwood Aerodrome, West Sussex, to take part in an historic flypast over the South of England. This event brought together in one place more Battle of Britain aircraft than at any time since World War Two. . Photo credit: Richard Goldschmidt/LNP 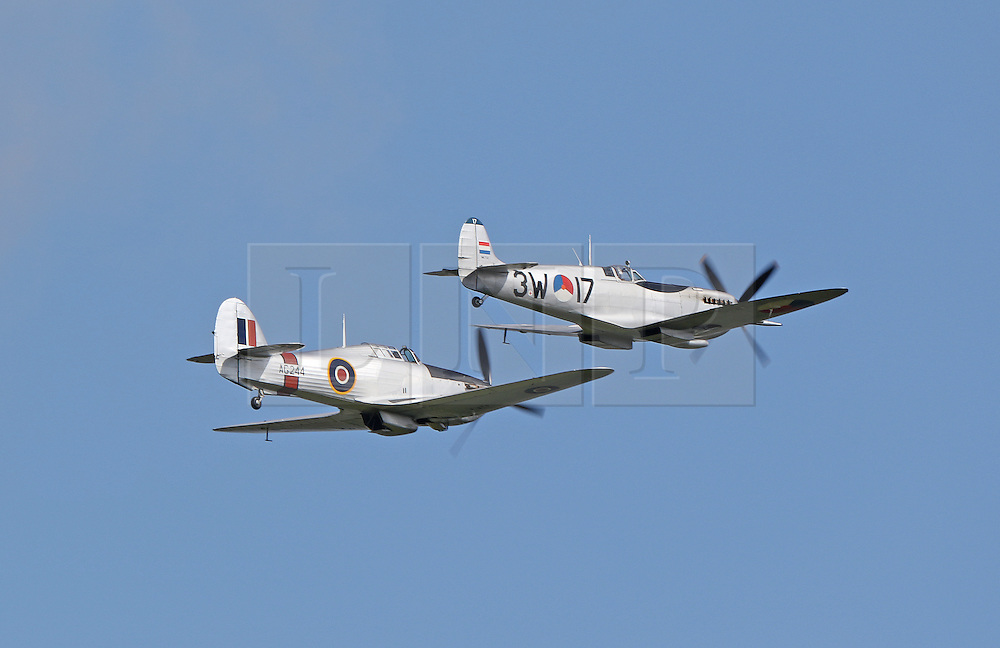