20/10/2016. Bashiqa, Iraq. Pickup trucks and armoured vehicles belonging to Iraqi-Kurdish peshmerga fighters queue as they begin to drive into no-mans land as part of an operation to retake Mosul from Islamic State militants today (20/10/2016). 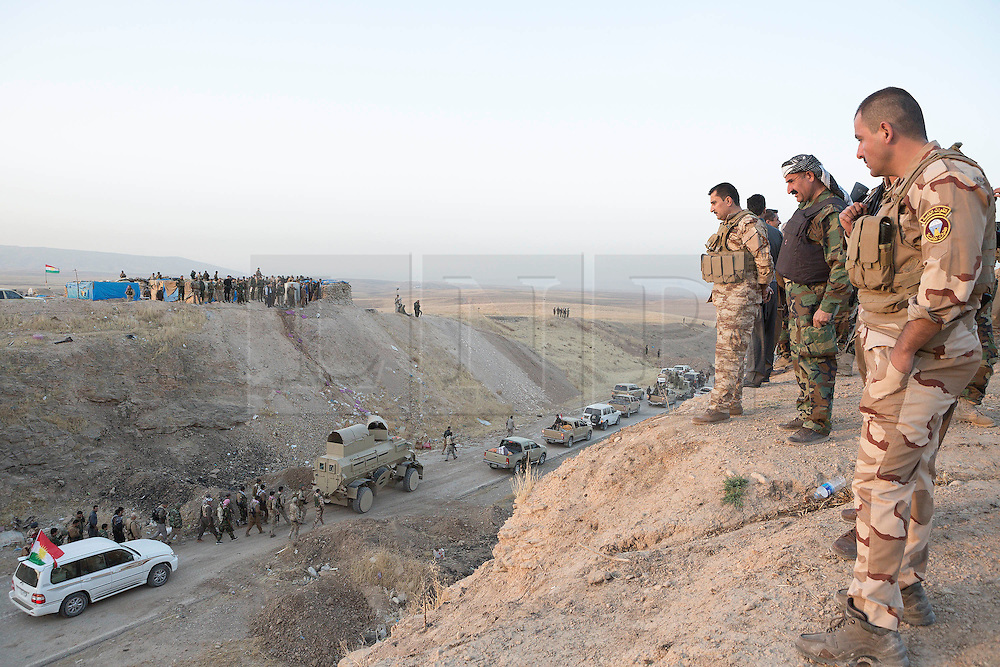