© Licensed to London News Pictures. 05/01/2019. Haxey UK. The "sway" begins at the start of the Haxey Hood game in the village of Haxey today. The traditional game of Haxey Hood is taking place today in Haxey despite only one of the four pubs usually involved taking part. The Kings Arms, Duke William & The Loco pubs will all be closed today leaving just the Westwoodside's Carpenters Arms taking part. The traditional game, which dates from 1359, sees drinkers from pubs in the two villages attempt to win the Hood – a tube of leather – by ‘swaying’ it to their favoured watering hole in a muddy and bruising encounter which can take hours. Normally, victory is declared when the landlord of the winning pub takes delivery of the Hood on the pub doorstep but in the event of a Haxey win this year, a win will be claimed when the Hood reaches a pre-detemined point near the Kings Arms. Photo credit: Andrew McCaren/LNP 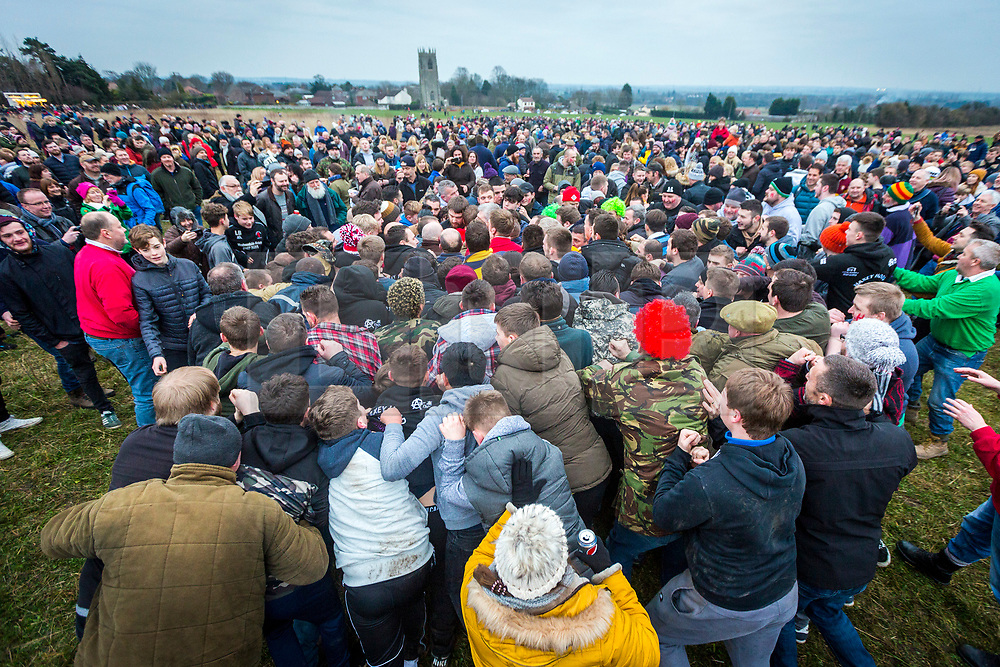