© Licensed to London News Pictures. 11/09/2011. London, UK. EDL supporters occupying the space designated for the MAC demo as police try to move them on, in advance of the MAC demo. Radical Islamist group, Muslims Against Crusades, hold a protest outside the US Embassy in Grosvenor Square, London, on the 10th anniversary of the September 11th terrorist attacks on America. A counter-protest was held at the same time by the English Defence League. Photo credit : Joel Goodman/LNP 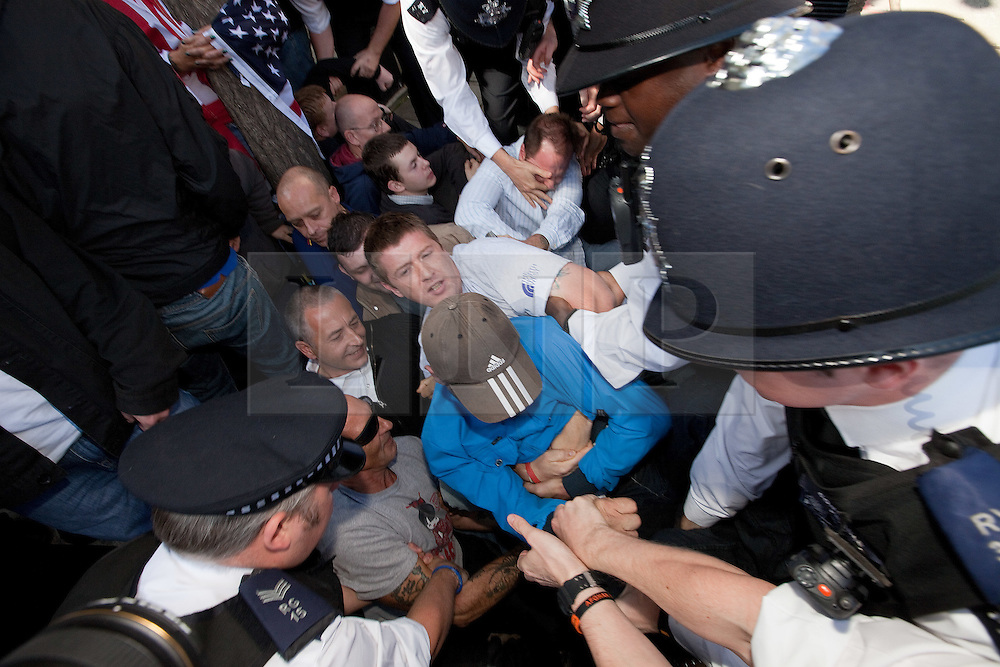