© Licensed to London News Pictures. 23/03/2019. London, UK. Protesters take part in a People’s Vote protest march in central London today, to demand a people’s vote (second referendum) on whether Britain should remain in the European Union. Prime Minister, Theresa May has negotiated an extension to the Brexit timetable with the European Union and is now expected to hold a third meaningful vote on her Brexit deal in parliament next week. Photo credit: Vickie Flores/LNP 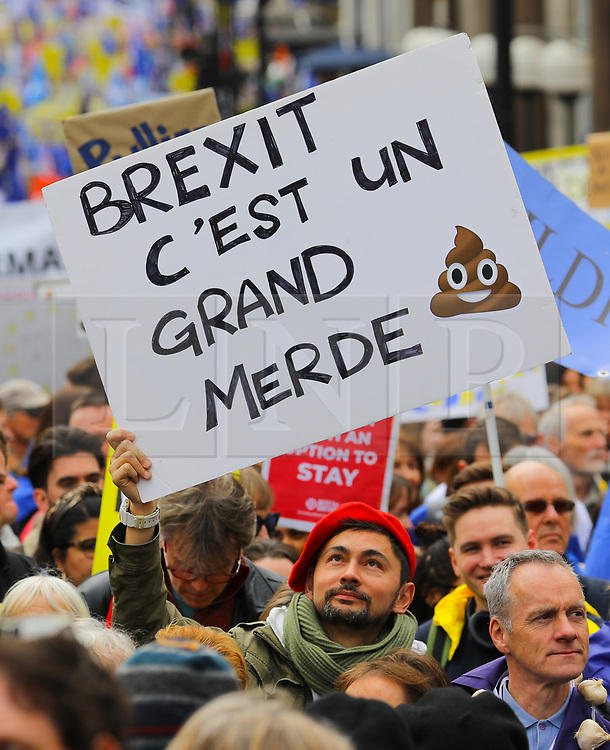