© Licensed to London News Pictures. 22/06/2018. London, UK. JOHN HALL The Dean of Westminster Abbey wears a cape featuring Windrush during a service a service of Thanksgiving at Westminster Abbey to mark the 70th Anniversary of the Landing of the Windrush. The MV Windrush ship docked at Tilbury in the Port of London on 22nd June 1948 and was carrying 492 passengers from the port of Kingston in Jamaica. Photo credit: Ray Tang/LNP 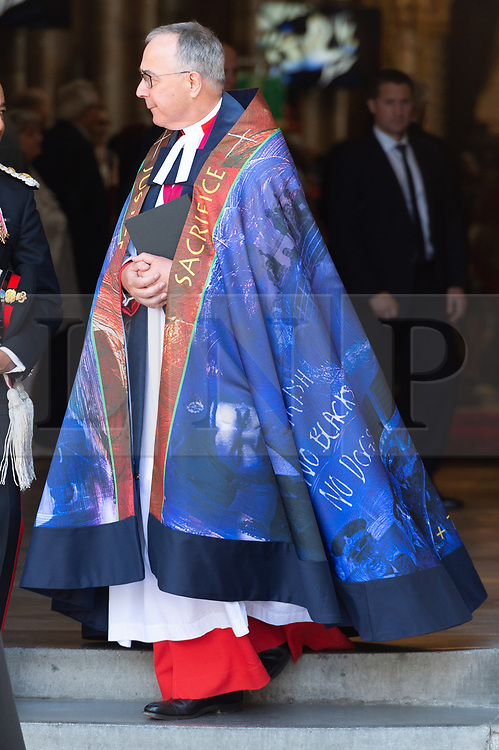