© Licensed to London News Pictures. 28/09/2014. Rabia, Iraq. A fighter belonging to the Syrian-Kurdish YPG mans a heavy machine gun mounted on a pickup truck, both captured from Islamic State insurgents, as he waits for an order to fire at enemy positions in the Iraqi border town of Rabia. 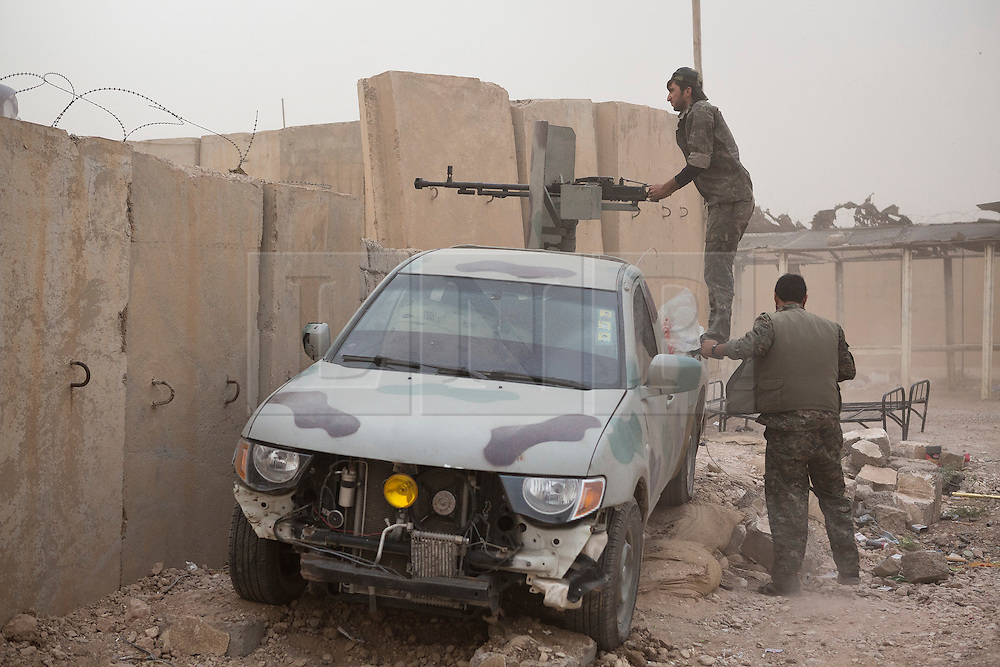