**NOTE TO EDITORS: An young girl is pictured in the image** © Licensed to London News Pictures. 07/01/2017. London, UK. A young muslim girl looks on out of a window as members of Kent Anti-Racism Network erect a banner outside Mote Road Islamic centre mosque in Maidstone, Kent where far-right group The South East Alliance planned to protest against expansion of the mosque. Plans to redevelop Maidstone Mosque into a purpose-built centre with three shops have been approved by Maidstone Borough Council. A counter demonstration is Organised by The Kent Anti-Racism Network. . Photo credit: Ben Cawthra/LNP 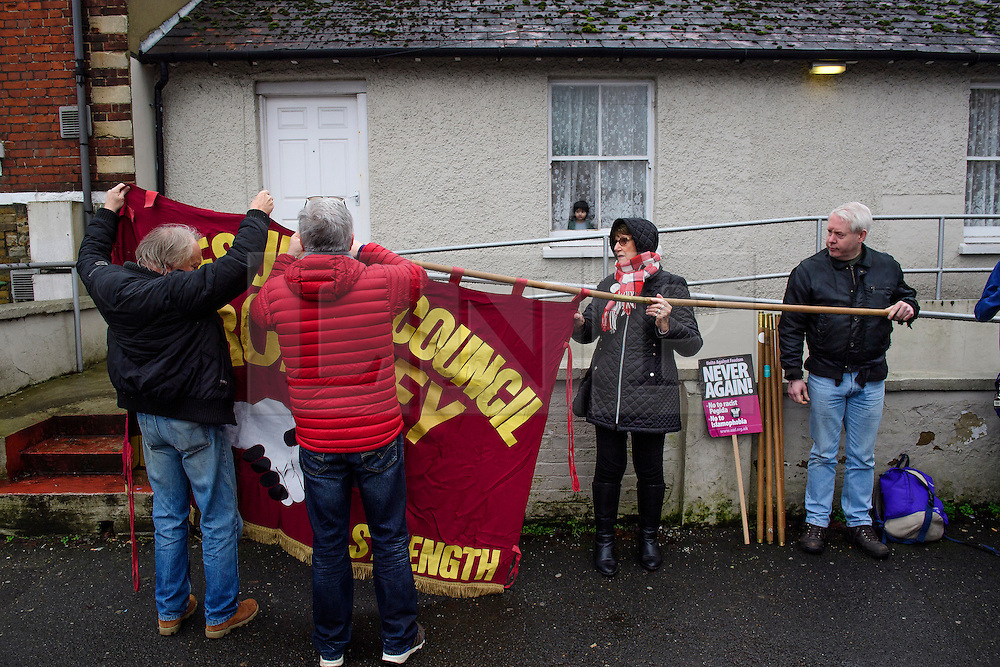