© London News Pictures. 11/06/11. AFGHANISTAN. Members of the Tongan Army take part in a traditional Haka today (11 Jun 11) to mark the end of their six month tour. The men make up the 55 strong Tongan task force which provides security to Camp Bastion, with the first platoon of men arriving in November 2010. The Tongan Army have previously supported operations in Iraq as members of the British Army. The kingdom of Tonga, which has a population of just over 100,000, is made up of 169 islands, 39 of which are inhabited, sprinkled over the Pacific Ocean about one-third of the way from New Zealand to Hawaii. . Caption must read Alison Baskerville/LNP... 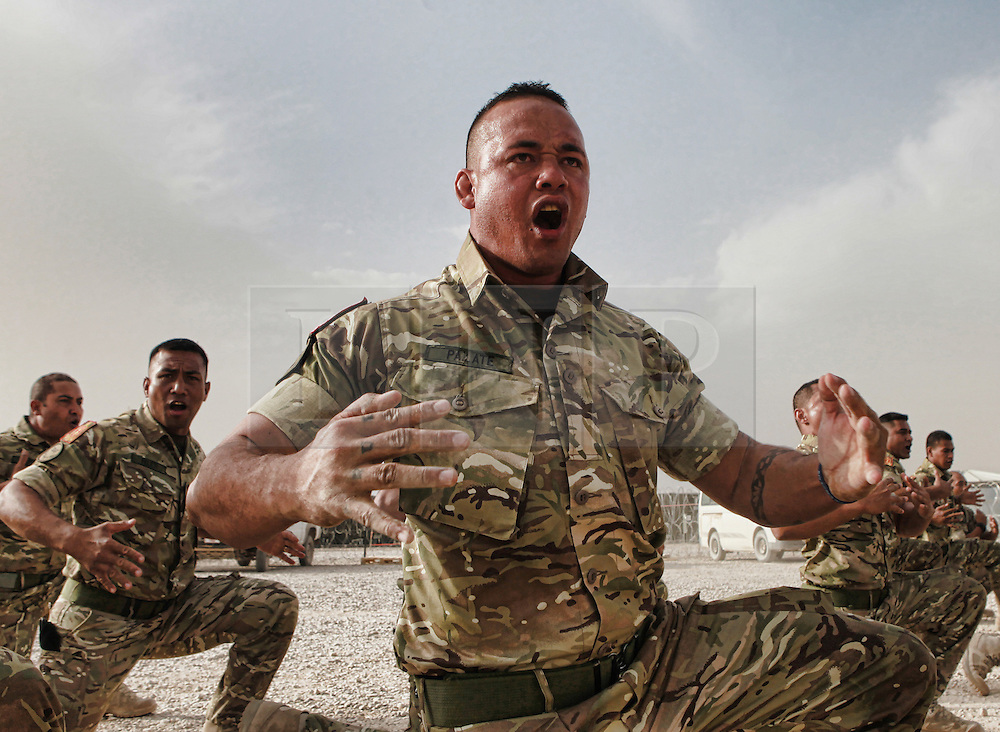