Licensed to London News Pictures. 02/11/2016. Qayyarah, Iraq. Smoke from burning oil wells, set alight by retreating Islamic State militants, are seen from the vandalised Qayyarah Cemetery (foreground) in Qayyarah, Iraq. Headstones in the cemetery were smashed by ISIS extremists who believe that a grave should be flat to the earth and without markings, during the towns two year ISIS occupation. 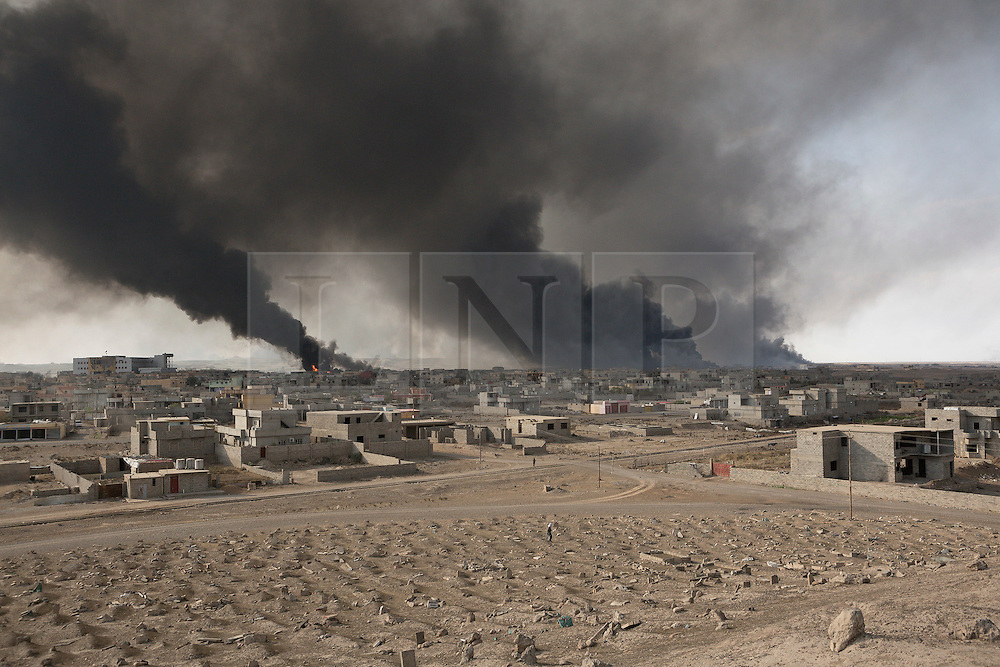