© Licensed to London News Pictures. 30/09/2015. Kirkuk, Iraq. Kurdish peshmerga fighters look in to no man's land and ISIS controlled territory as they prepare to take part in an offensive to capture 11 villages from the Islamic State near Kirkuk, Iraq. 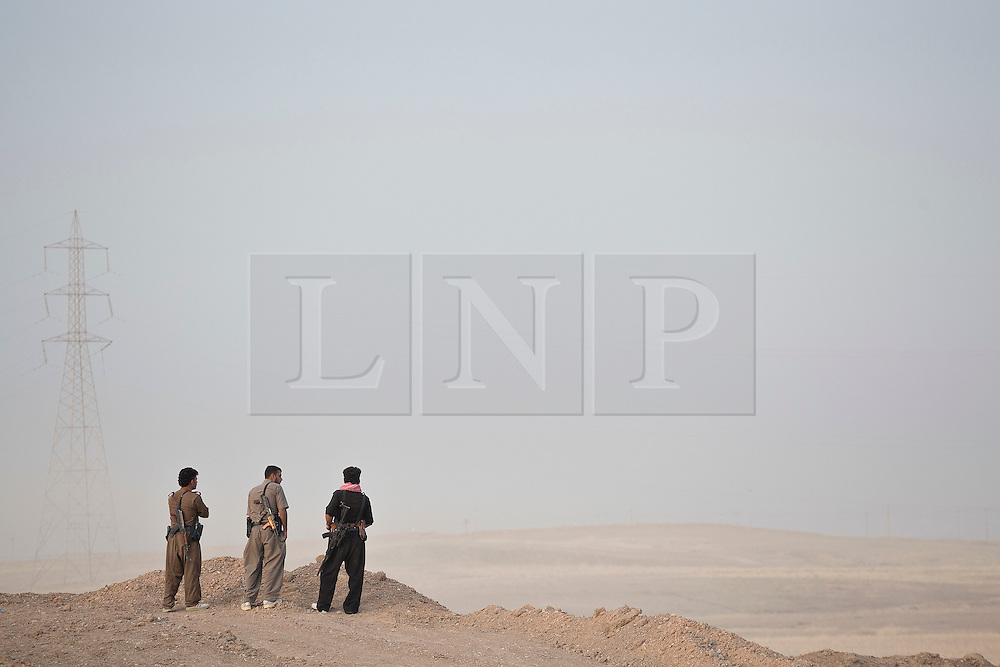