© Licensed to London News Pictures. 29/09/2015. Kirkuk, Iraq. A Kurdish peshmerga fighter rests on a sandbag wall at a front line near to Kirkuk, Iraq, the evening before an offensive to take 11 villages from the Islamic State.

Supported by large amounts of coalition airstrikes, members of the Iraqi-Kurdish peshmerga today (29/09/2015) took part in an offensive to take seven villages across a large front near Kirkuk, Iraq. By mid afternoon the Kurds had reached most of their objectives, but suffered around 10 casualties all to improvised explosive devices. All seven villages were originally Kurdish and settled with other ethnic groups during the Iraqi Arabisation process of the 1970's and 80's. Photo credit: Matt Cetti-Roberts/LNP 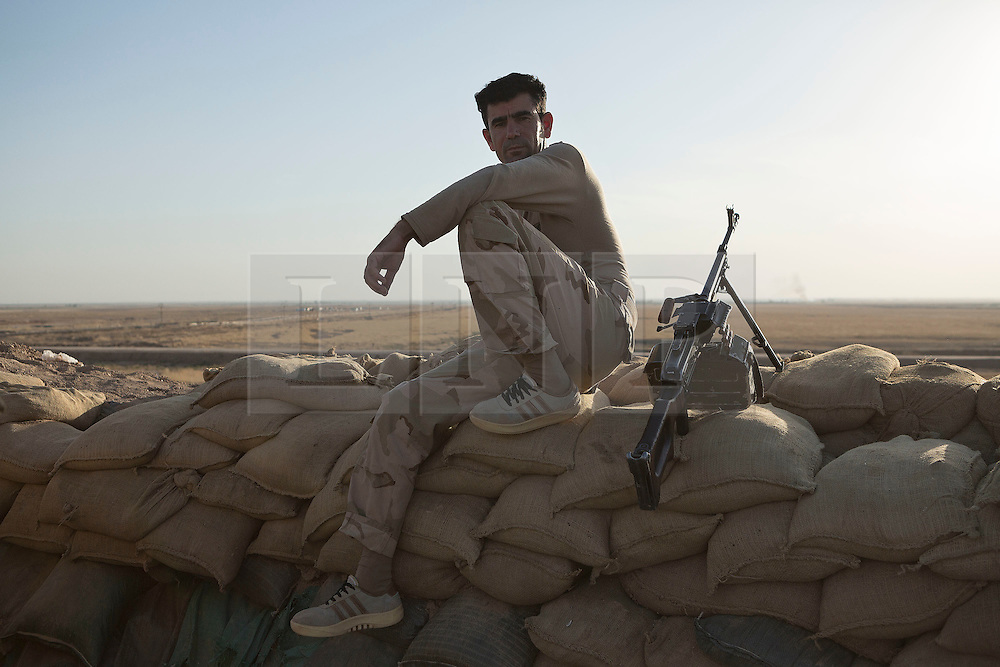