© London News Pictures. 15/10/2012. Harlow, UK. A dog being used by fire investigation team to examine a burnt out car at the scene on Barn Mead, Harlow, Essex where three children and a woman have died and three others are in hospital following a house fire. Two boys aged 13 and six, a girl aged 11 and the woman were declared dead at the scene. A nine-year-old boy and a three-year-old girl have serious burns and a man has minor burns. Photo credit : Ben Cawthra/LNP 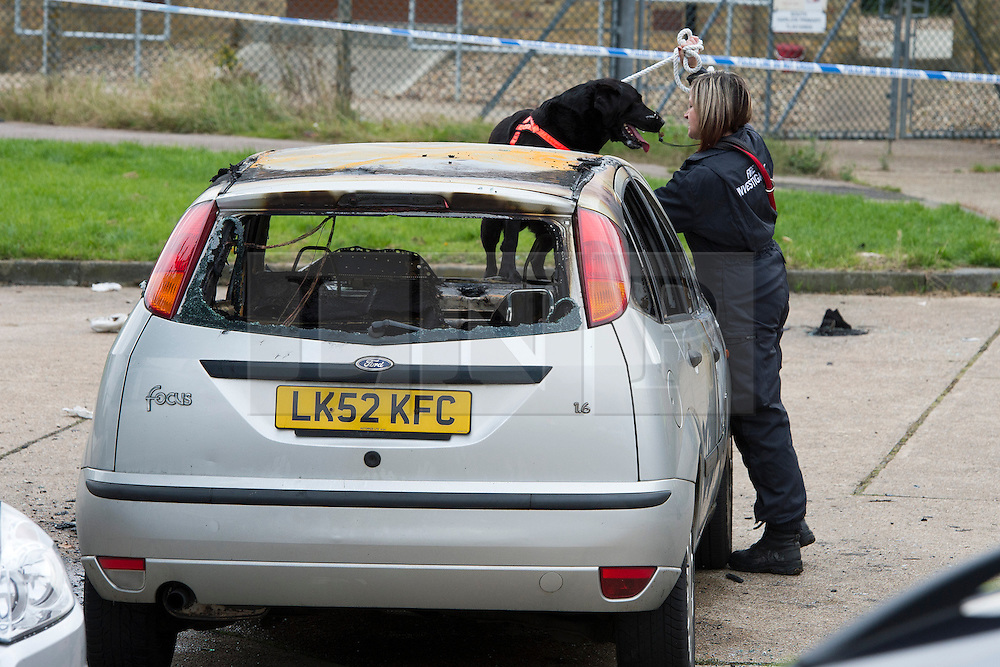