© Licensed to London News Pictures. 26/05/2016. LONDON, UK. ABBIE GILLGAN, exhibition co-ordinator speaking at the launch of ‘East End Women: The Real Story’ exhibition at St George-in-the-East church in Shadwell. The exhibition is a response by the East End Women’s Collective and 38 Degrees following a series of protests against the nearby controversial Jack the Ripper museum, which had promised to celebrate east end women, but activists opposed and claimed glorified violence against women. A number of feminist groups and activists are still campaigning to get the Jack the Ripper museum closed. The exhibition runs until 9th July 2016. Photo credit: Vickie Flores/LNP 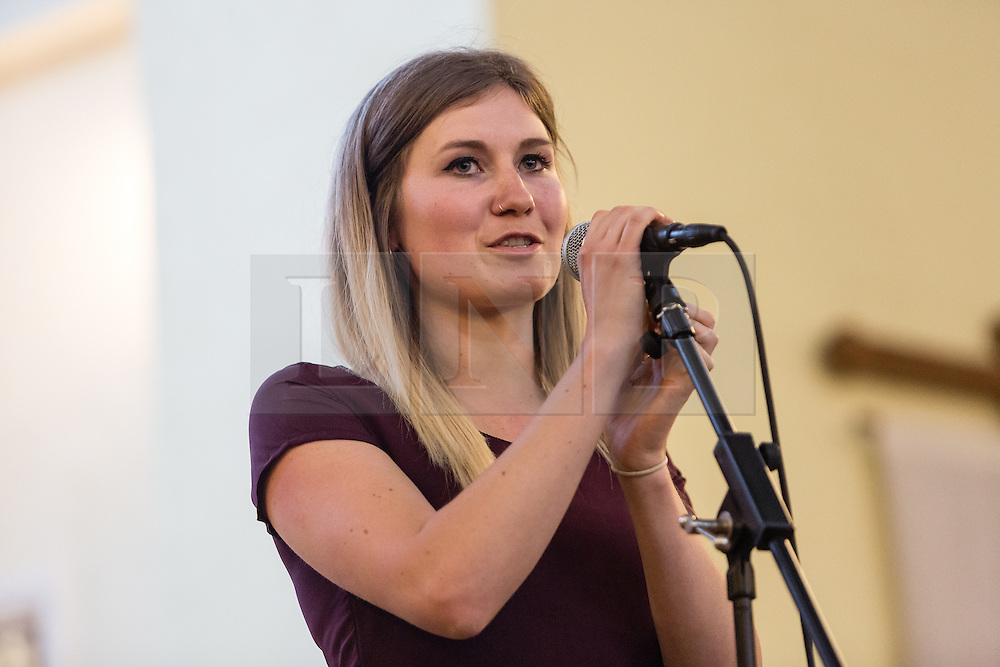