© Licensed to London News Pictures. 10/06/2013. London, UK. The Senior Director of Music, Lieutenant Colonel Stephen Barnwell, who will retire this year after 38 years in military music, conducts the Massed Bands of the British Army's Household Division as they carry out a dress rehearsal ahead of the annual Beating Retreat ceremony in London today (10/06/2013). The musical event, which takes place on Horse Guards Parade, will be held on the 12th and 13th of June this year, with Prince Philip and the Queen attending. Photo credit: Matt Cetti-Roberts. Photo credit: Matt Cetti-Roberts/LNP 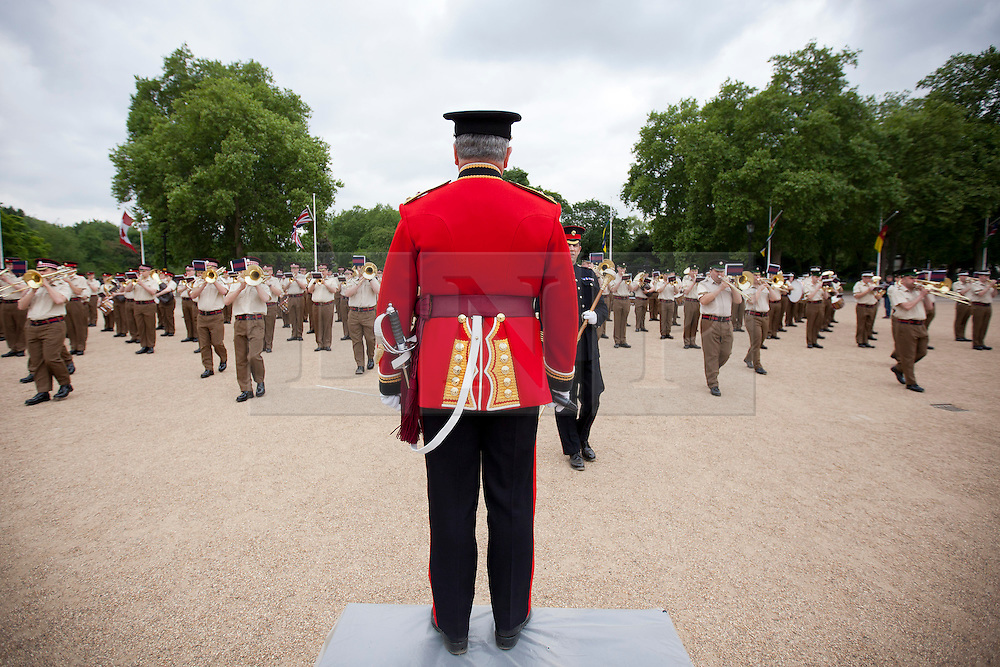