© Licensed to London News Pictures. 01/06/2013. London, UK. A British National Party (BNP) supporter holds up a sign from behind a protective police line after members of Unite Against Fascism broke through a police cordon to confront them during protests by both groups in central London today (01/06/2013). The BNP protest was held in response to the killing of Drummer Lee Rigby, who died after an attack in Woolwich where religious extremism may have been the motive. Photo credit: Matt Cetti-Roberts/LNP 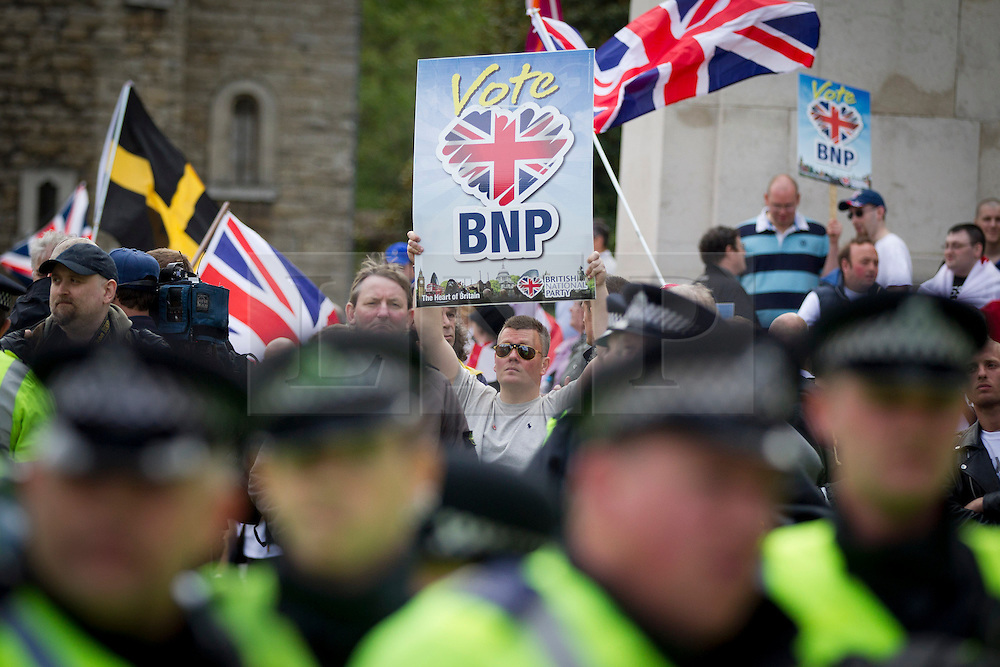