© Licensed to London News Pictures. 07/02/2016. London, UK. A tour guide addresses visitors in the prayer room. The East London Mosque & London Muslim Centre, in the heart of Tower Hamlets, and home to the UK's largest Muslim community, opens its doors as part of "Visit My Mosque Day", a national initiative facilitated by the Muslim Council of Britain, where mosques across the UK organise open days to allow the British public to see what goes on in a mosque and to understand its role in Muslim life. The aims are "to reduce the ‘unknown’ or ‘fear’ factor for members of the British public with their local mosque and Muslim communities". Photo credit : Stephen Chung/LNP 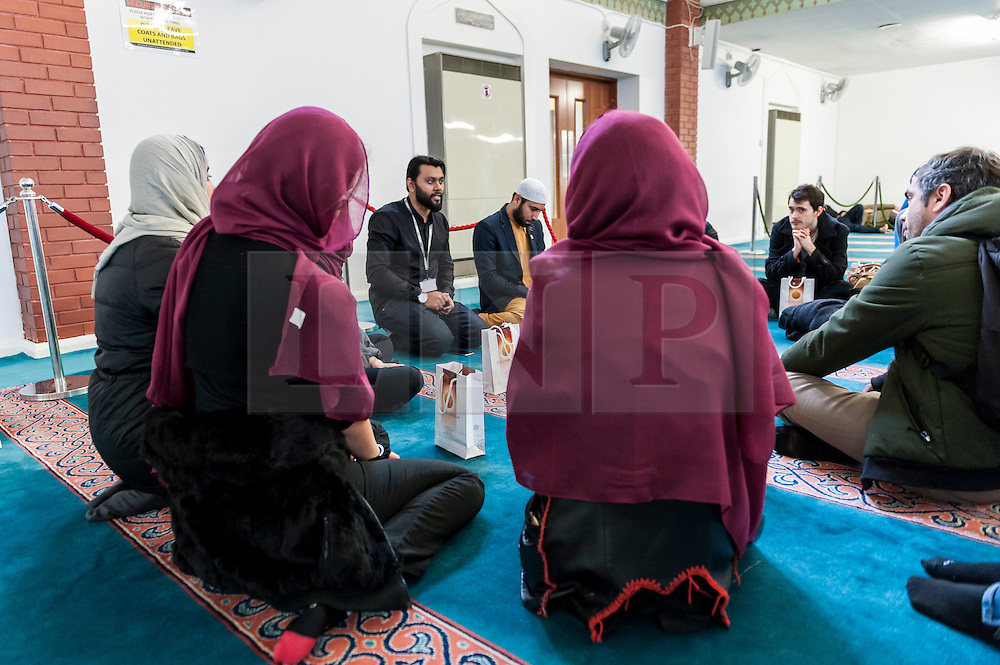