© Licensed to London News Pictures . 20/04/2014 . Manchester , UK . The North West Air Ambulance takes off from grass in Platt Fields Park in Manchester , adjacent to an Easter fun fair. A teenaged girl was struck by an 80 year old driver who fell ill behind the wheel of his car , on Chapeltown Road , in Bolton today (Sunday 20th April 2014) . The girl was transported via Air Ambulance to a ground ambulance and on to Manchester Royal Infirmary. She is reported to have suffered head injuries . Both she and the 80 year old driver (who is believed to have suffered a heart attack behind the wheel) are described as being in a serious but stable condition . Photo credit : Joel Goodman/LNP 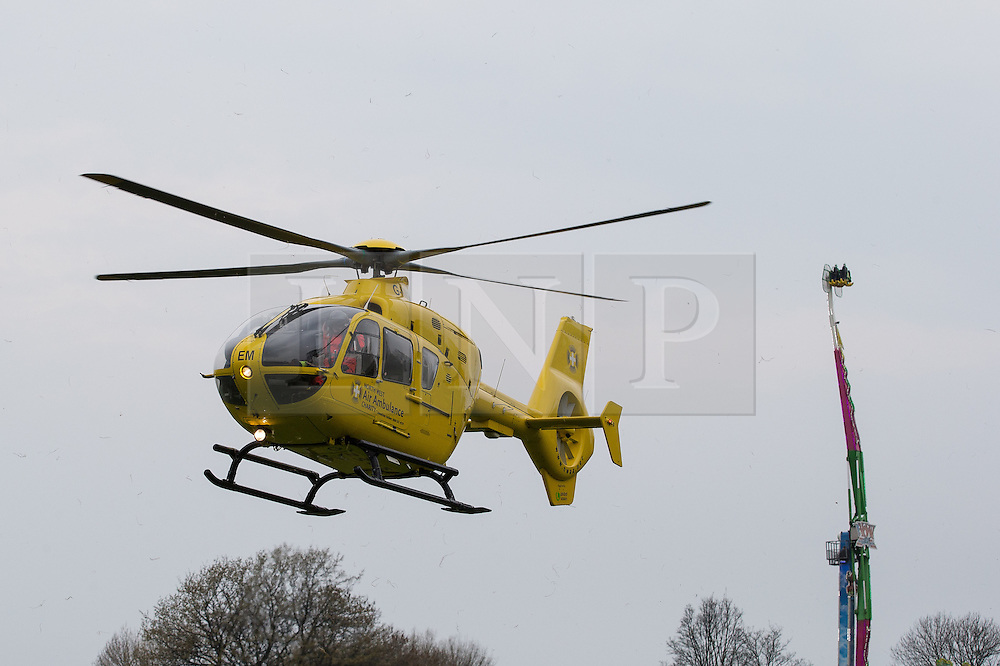