© Licensed to London News Pictures. 08/10/2014. British Army Training Unit Suffield (BATUS), Canada. A soldier keeps a look out from a make shift village as acts out the role of the enemy during a military exercise with British troops. BATUS has been home to the Army for the past 42 years . It is the only place where all elements of the British Army train together for war. The soldiers are put to test on everything from armoured vehicles to infantry tactics. Photo credit : Alison Baskerville/LNP 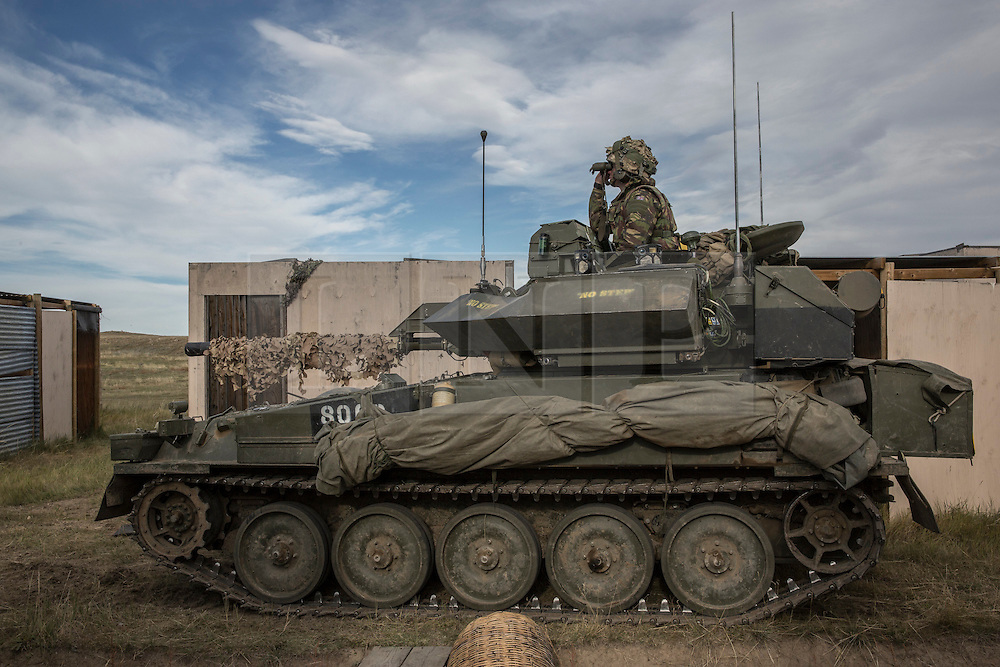