Licensed to London News Pictures. 23/10/2016. Two Iraqi Army counter terrorism soldiers travel on the back of an armoured Humvee in the recently captured Iraqi town of Bartella. 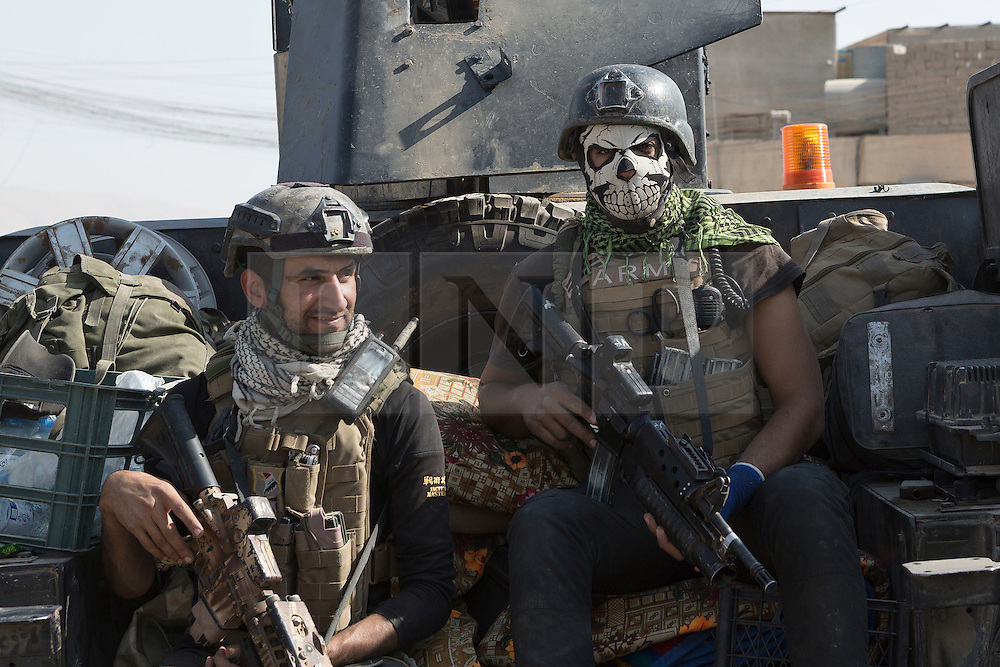