© Licensed to London News Pictures. 27/02/2016. Huddersfield, UK. Huddersfield Royal Infirmary in West Yorkshire at which thee NHS announced plans to close the Accident and Emergency unit. Thousands of protesters marched through Huddersfield in West Yorkshire today as they fight to save the town's accident and emergency unit. The march was in reaction to the news that the NHS wants to scrap the A&E unit at Huddersfield Royal Infirmary in order to cut costs. This protest comes in the same week that junior doctors announced six new days of strikes and a legal challenge against Jeremy Hunt's vow to impose their 7-day contracts. Photo credit : Ian Hinchliffe/LNP 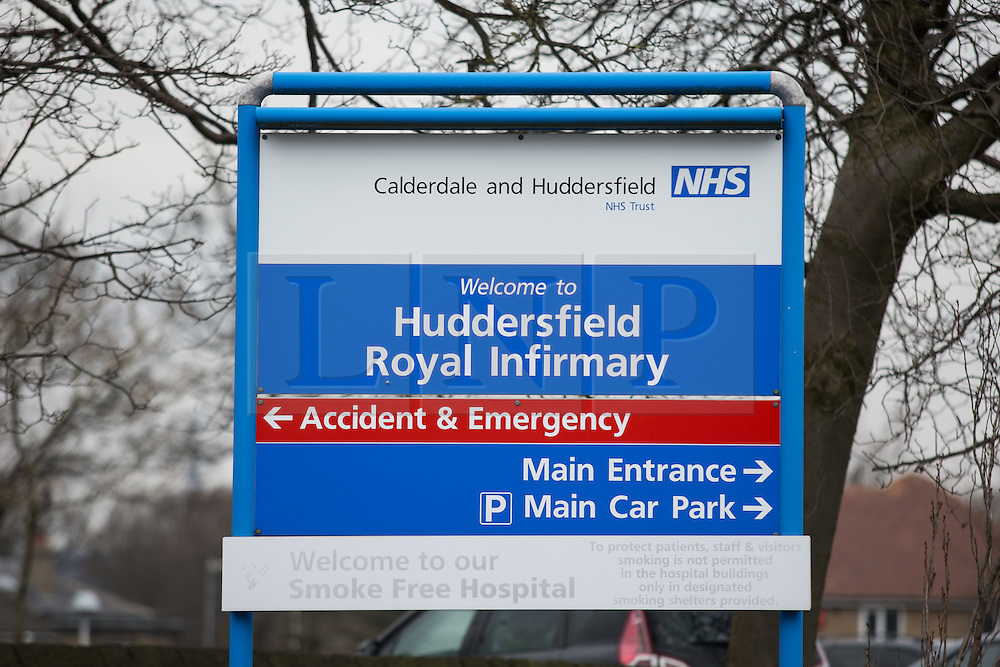