© Licensed to London News Pictures. 28/07/2016. Hinkley Point, Somerset, UK. A final investment decision is expected today from French energy company EDF to go ahead with the building of Hinkley C nuclear power plant, the first nuclear power plant to be built in the UK for 20 years, which will be built next to the existing Hinkley A and B nuclear plants. FILE PICTURE dated 03 October 2011; Demonstration against building a new nuclear power station, Hinkley C, at Hinkley Point in Somerset. French company EDF plans to build the new power station. Protestors blocked the gates from sunrise, and most workers at the plant were told not to come in. Photo credit : Simon Chapman/LNP 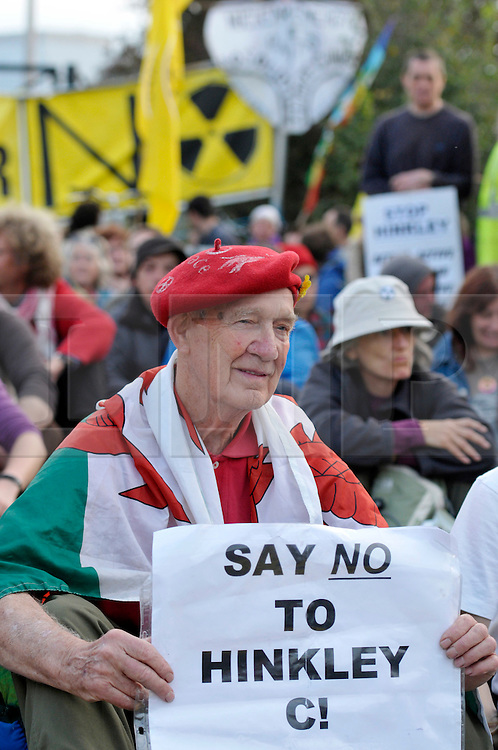