© Licensed to London News Pictures. 20/05/2017. Coldharbour, UK. The 'Protection Camp' on Leith Hill. Protestors have constructed and occupied a fort and some trees on the site of a proposed oil well drilling rig. Planning permission for 18 weeks of exploratory drilling was granted to Europa Oil and Gas in August 2015 after a four-year planning battle. The camp was set up by protestors in October 2016 in order to draw attention to plans to drill in this Area of Outstanding Natural Beauty (AONB) in the Surrey Hills. The camp has received support from the local community. Photo credit: Peter Macdiarmid/LNP 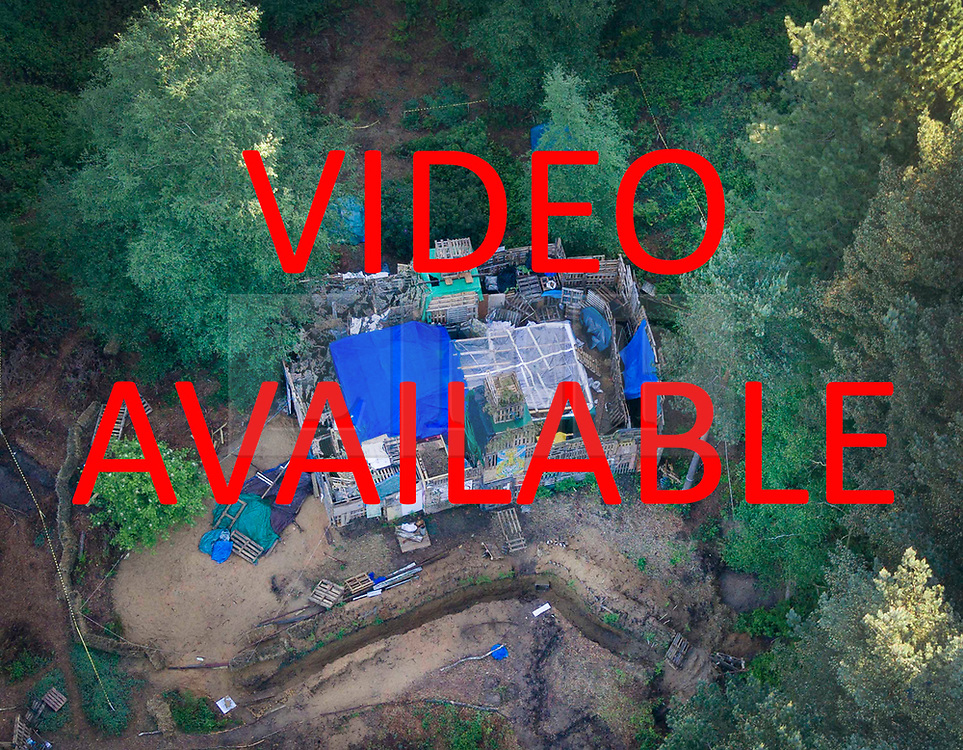