© Licensed to London News Pictures. 08/05/2017. London, UK. The flag of the EU seen in front of Big Ben, where The flags of all 27 EU members states (not al pictured) are currently flying around parliament Square, opposite the houses of Parliament in Westminster, London, ahead of Europe Day tomorrow (Tues). Europe Day marks the anniversary of Schuman declaration, which was the basis for the formation of the European Union. Photo credit: Ben Cawthra/LNP 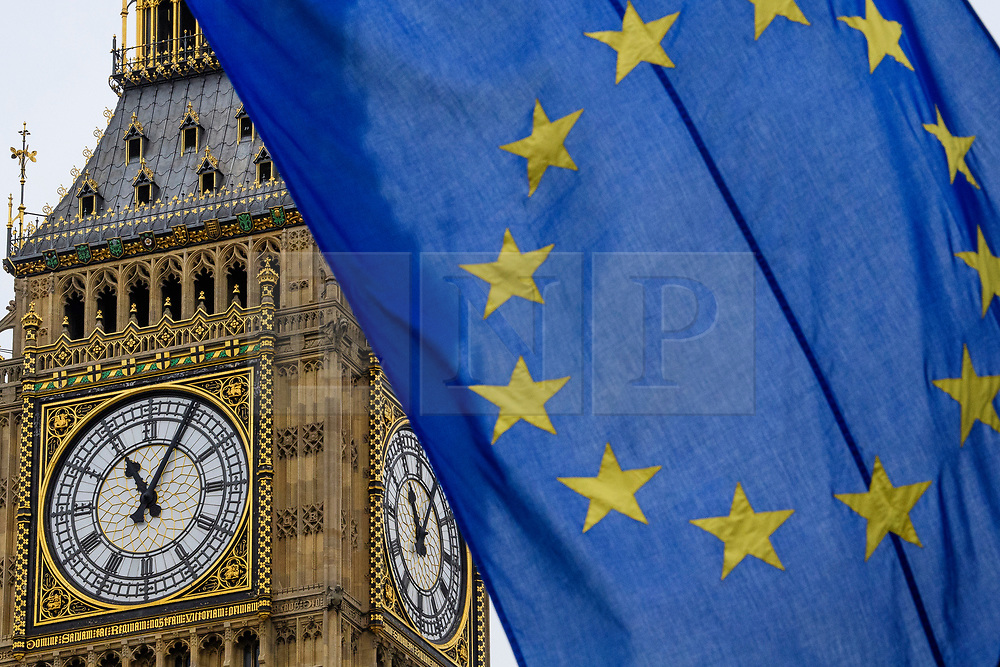