© under license to London News Pictures. 2010.12.13. Forensic police inspect a yellow car with smashed windows. A Man has been shot during a planned police operation in Eltham. Police attended Boots in Eltham High Street at 7am this morning (December 13) as part of a pre planned armed operation. During the operation a police firearm was discharged and a man received a gunshot wound. He was taken to hospital and his injuries are not thought to be life threatening. The man along with four others has been arrested. The bus stop in front of Boots is cornered off by police tape and a window of the store is cracked. Picture credit should read Grant Falvey/London News Pictures... 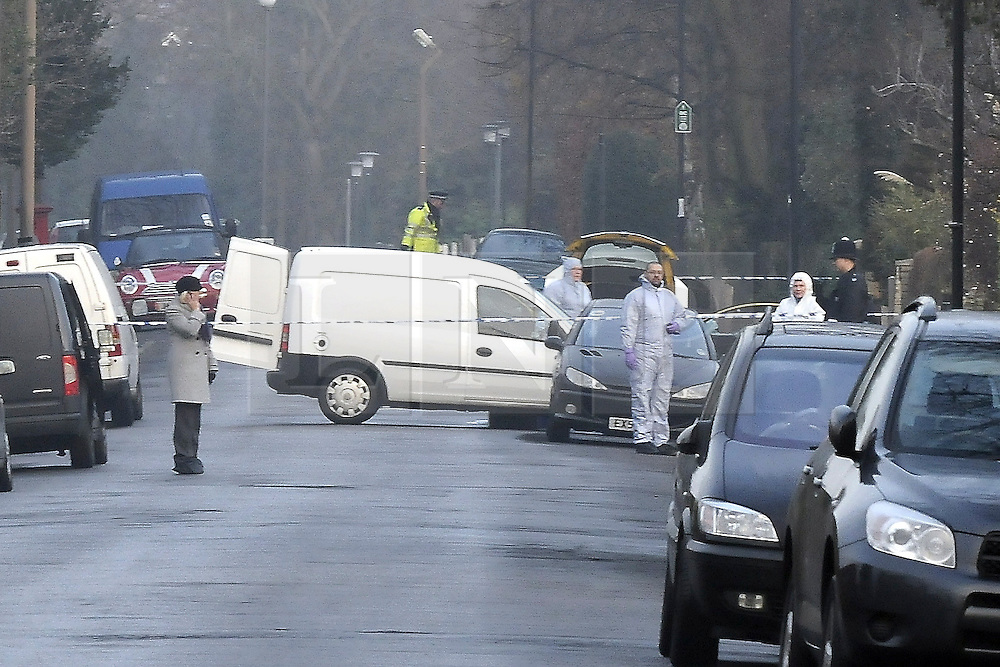