© Licensed to London News Pictures. 08/10/2014. British Army Training Unit Suffield (BATUS), Canada. Props are used by make up artists to create realistic injuries for soldiers from the British Army to deal with during a large scale military exercise in Canada. 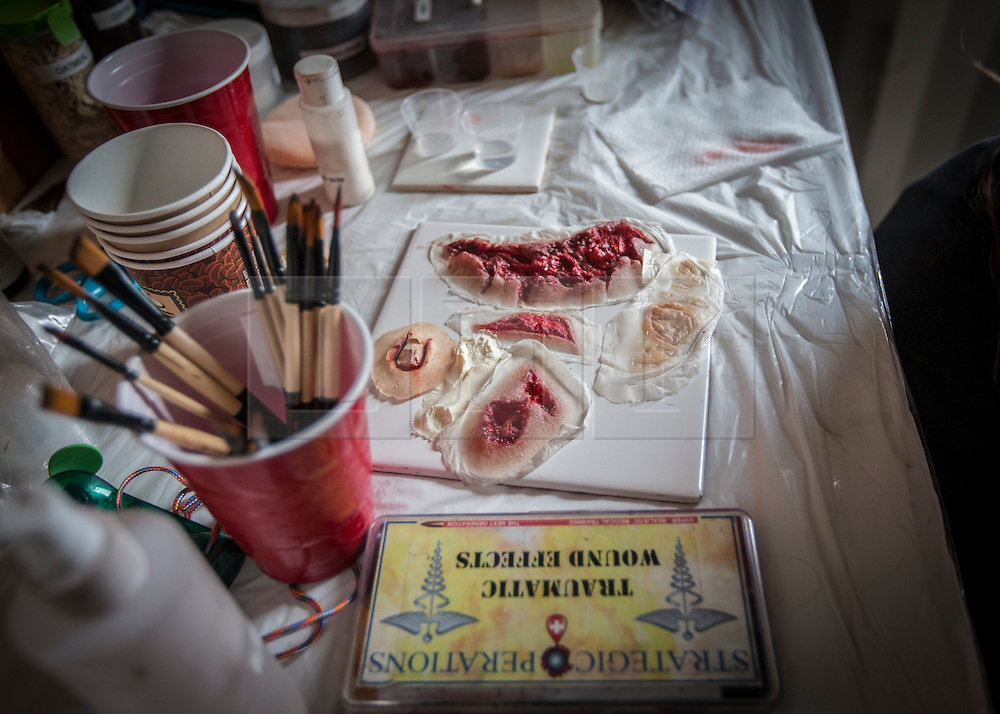