© Licensed to London News Pictures. 27/06/2012. LONDON, UK. A young boy takes pictures of as members of the RAF march past during a rehearsal for the opening ceremony of the newly built RAF Bomber Command memorial in Green Park London today (27/06/12). The memorial commemorates the 55,573 airmen lost flying bomber aircraft during the Second World War and will be opened officially by the Queen on the 28th of June. Photo credit: Matt Cetti-Roberts/LNP 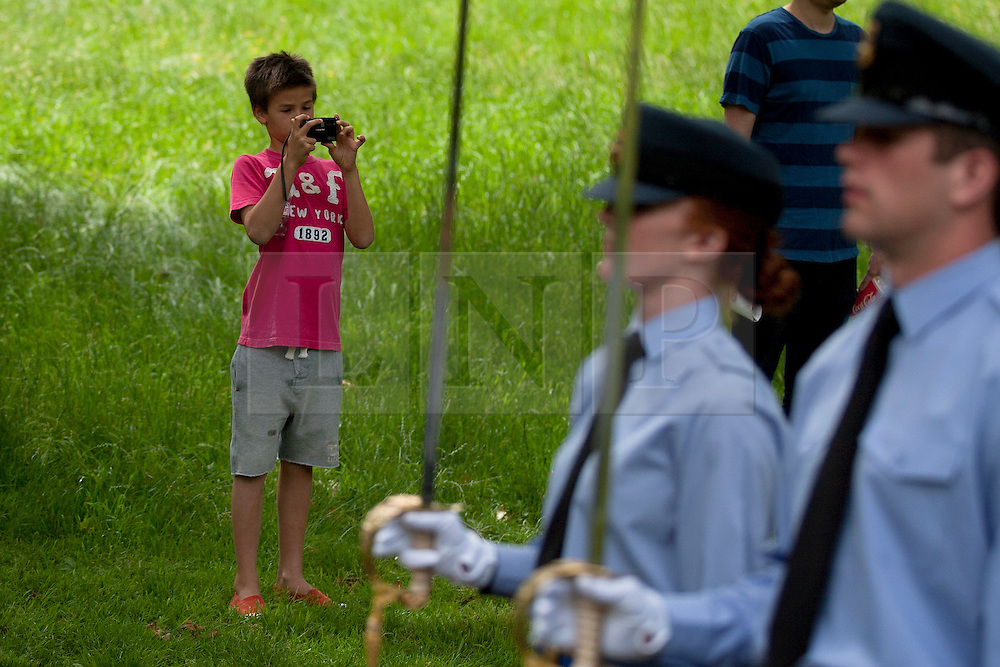