© Licensed to London News Pictures. 25/05/2015. Former News of the World editor Andy Coulson leaving Edinburgh's High Court on 25 May 2015 . Today the trial has heard of his knowledge of hacked voicemail messages that were the source of a story about former Home Secretary David Blunkett having an affair. Mr Coulson is accused of lying under oath in the 2010 perjury trial of former MSP Tommy Sheridan. 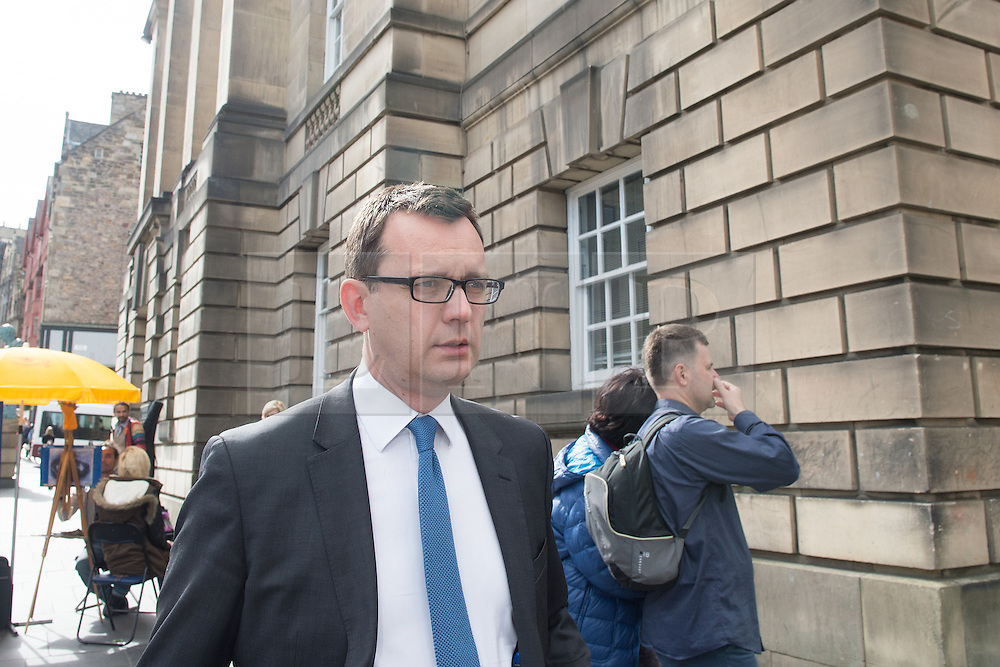